The Breakfast Fruit That Could Protect You From Vicious Mosquitoes

Mosquitoes take the prize as the world’s greatest propagators of lethal disease. The World Health Organization estimates over 40% of the world’s population to be at risk of...
Twist Bioscience
9 min read 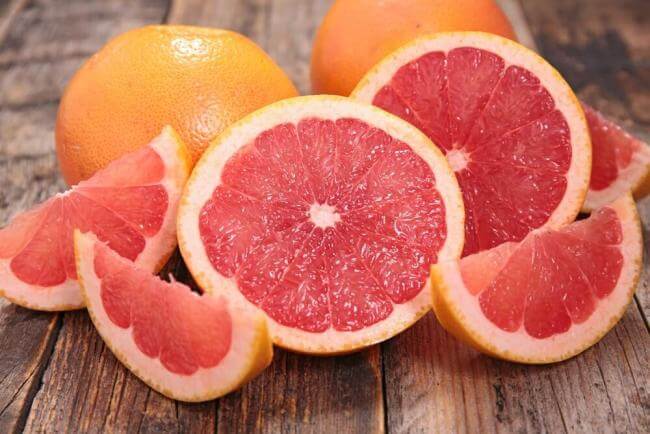 Summer is wonderful. Sunshine, ice cream, swimming, long days – what’s not to love? Unfortunately the hotter months also mean insect bites, bad news for people who react badly to them. The most common culprit is the female mosquito, who takes a blood-meal to develop her eggs.
Mosquitoes are usually harmless in the U.S., but 2016 saw the mosquito transmitted Zika virus turn into a public health emergency in the Americas.
Mosquitoes take the prize as the world’s greatest propagators of lethal disease. The World Health Organization estimates over 40% of the world’s population to be at risk of malaria, and around 35% to be at risk of dengue fever – both diseases can be transmitted when a disease-carrying mosquito blood-feeds. Mosquitoes are also responsible for transmitting yellow fever, elephantiasis, various forms of viral encephalitis, chikungunya virus, West Nile virus, and Zika virus.
﻿ ﻿
Personal preventative measures for insect-borne diseases typically involve the use of insecticide treated bed nets and regular personal application of insect repellants.
N,N-Diethyl-meta-toluamide, commonly known as DEET, is the most widely applied insect repelling compound. It provides effective relief from biting insects for up to 12 hours depending on the concentrations applied. DEET works because the chemical has been shown to exhibit a strong olfactory response in an insect’s scent glands. In other words, mosquitoes think it stinks.
DEET is not free from potentially toxic side effects. Looking up science-based studies for information about the impact of DEET use can be challenging for consumers since they are published under the chemical name of N,N,-diethyl-m-toluamide. DEET is currently the most effective way to prevent bites from disease carrying insects, but it would be better to use an insect repellant that is safe enough to eat.
A group of chemicals called the pyrethroids account for over a quarter of the insecticide market, and are the most common insecticide used to treat bed nets. Based on pyrethrin from the chrysanthemum flower, this chemical is a potent neurotoxin that shuts off the electrical impulses in the insect’s nervous system.
Chemical preventative measures are one of a small number of available tools to reduce the spread of mosquito-borne disease. But certain strains of mosquitoes are  now resistant  to common insecticides and repellants.
﻿ ﻿
Researchers are on the search for alternative, universally safe repellants and insecticides. One new candidate molecule could be the silver bullet, able to both repel and kill insects.
Even better, this molecule is so safe that there’s a chance you ate some of it for breakfast! The chemical in question is nootkatone. It is the volatile scent component of grapefruit that makes the fruit smell distinctly different from another citrus.
Nootkatone is already an FDA-approved natural food additive. It dries quickly, it’s pleasant smelling, it’s safe for humans, and it breaks down rapidly in the environment. Most importantly, research from the U.S. Centers for Disease Control and Prevention (CDC) showed nootkatone to strongly repel insects.
As for its insecticidal properties, nootkatone has been shown to kill bugs in a matter of seconds. According to the CDC, it does so in a manner unique from other insecticides by activating the insect’s octopamine receptors. They become hyperactive, and “vibrate themselves to death”. Mosquitoes that have developed resistance to classic repellants are still susceptible to nootkatone.
With this new mode of insecticide action, analogues of nootkatone could eventually be developed to provide a group of new insecticides with varied properties that broaden nootkatone’s effective range, or modify their potency, in accordance with any drug development pipeline.
Unfortunately, despite grapefruit being readily available, nootkatone is only present in tiny concentrations in the fruit’s skin. Hundreds of pounds of grapefruit are needed to extract one gram of nootkatone, which is about the size of a sugar packet!
However, in late 2014, synthetic biology company Evolva announced their purchase of San Diego-based Allylix, and in doing so, added nootkatone to their portfolio of chemicals prepared synthetically in engineered yeast at commercial volumes.The final product is chemically identical to the compound native to the grapefruit, in a pure form.
The importance of synthetically-derived nootkatone is clear. In 2016 Evolva signed a license agreement with the CDC, affording Evolva exclusive patent rights to develop nootkatone as an insect repellant. And the U.S. National Institutes of Health announced that it would be sponsoring Evolva to conduct studies that test nootkatone’s effectiveness against mosquitoes carrying Zika virus and other pathogens. For millions of people worldwide, insects are a deadly threat. In many countries, access to medical aid and proper sanitation is often limited for a large percentage of the population. As a result, diseases like malaria can have catastrophic consequences.
Maybe soon we will see synthetic nootkatone within insecticidal bed netting or in repellant soaps. Synthetic biology is now at the forefront of efforts to curb the devastation caused by insect-borne disease.
Part 1 of a 2 part series – Get into the Science of Nootkatone next.