Update From the 2017 GP-write Meeting

Scientists from around the world gathered for the Human Genome Project to discuss with outstanding challenges.
Twist Bioscience
7 min read 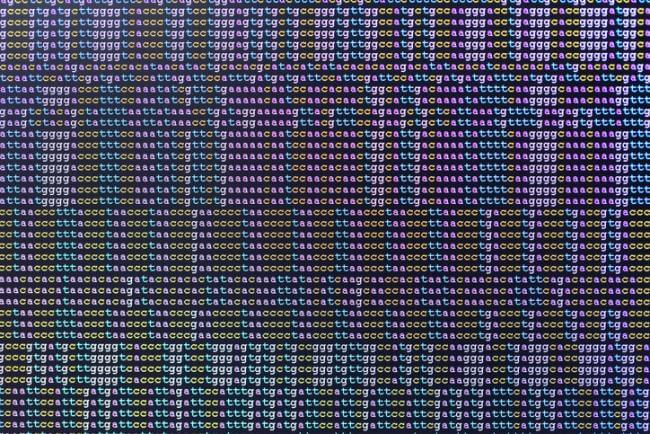 It’s been almost 15 years since The Human Genome Project, the largest biological research project in history, achieved its objective to sequence and annotate the full human genome. Since its completion, the Human Genome Project (a.k.a. HGP-read, referencing the objective to “read” the genome) laid the foundation for many major advances, including global population genome sequencing research and genome-wide association studies. However, one natural extension of HGP-read has remained prohibitively expensive: whole genome engineering.
On May 9, scientists from around the world who work at the cutting edge of biotechnology descended on New York City to grapple with this outstanding challenge. The name of their endeavor is Genome Project-write (GP-write for short, mirroring HGP-read), and it’s spearheaded by some of the pre-eminent individuals in the field, including Jef Boeke, George Church, Andrew Hessel, and Nancy J. Kelley. The goal of GP-write is to lower barriers to whole genome engineering and research, especially in the context of living organisms.
GP-write describes their task as a “grand challenge” and rightly so: being able to engineer biologically functional genomes of plants and animals would represent the achievement of deep understanding into the fundamental building blocks of life. Byproducts of such understanding include advancing medical practice and evolutionary theory. For instance, evolutionary links between existing species and their common ancestors, which may have previously been understood only phenotypically, could be explained in terms of mutations.
The prospect of such thorough knowledge of life’s basic organization is tantalizing. Moreover, the advances in gene editing technology over the last decade suggest that the field may continue to progress at an amazing pace. That said, GP-write’s objective is ambitious, so scientists and the public alike should be realistic about the obstacles on the path to its goals.
Last year, Twist Bioscience CEO, Emily Leproust, attended GP-write’s meeting and delivered a presentation highlighting three of the major obstacles facing the project: the current length limits on synthesized DNA, lack of control over DNA methylation, and an incomplete understanding of chromosome formation. Despite the fast pace of technological progress, these three obstacles are still daunting challenges facing the field today.
Twist Bioscience synthesizes industry leading volumes of DNA, accelerating gene editing and biotechnology research in a wide range of highly active fields. When it comes to whole genome engineering, it’s not the volume of DNA that matters so much as the length of the sequences. With its new, state-of-the-art manufacturing equipment, Twist Bioscience is synthesizing sequences up to 3,200 base pairs long and expect to continue to increase the length that can be synthesized on our platform.
The human genome is more than 3 billion base pairs long, and other plant and animal genomes are around the same order of magnitude in length. GP-write aims to synthesize multiple complete human genomes, and moreover, reduce the cost of engineering genomes up to 100 billion base pairs long 1,000-fold within 10 years. Achieving such feats will revolutionize biological science and medicine, but first require a revolution in our DNA synthesizing technology.
The second obstacle highlighted by Emily Leproust is the gap between knowing that DNA methylation plays a crucial epigenetic role and being able to control DNA methylation and gene transcription in a naturalistic way. Scientists understand that methylation is an epigenetic mechanism in living organisms, meaning that it is one of the ways that gene expression is controlled. Methylation can activate or suppress transcription at DNA sites depending on where it occurs.
However, controlling methylation with precision enough to target individual genes is still beyond the scope of genetic engineering. One of GP-write’s primary goals is to study how synthesized genomes underlie the molecular and cellular activity in living organisms. But without a better understanding of the epigenetic mechanisms that control gene transcription, stringing genes together isn’t enough to produce a living organism. Deep in the nuclei of living cells, a frenzy of epigenetic activity continually activates and quiesces genes in order to produce the right proteins at the right moment and for the specific role that cell plays in the organism.
According to Emily Leproust, the third major obstacle facing whole genome engineering is the lack of understanding how DNA wraps around histones. Histones are responsible for densely packing DNA into chromosomes, and by the same token, control when DNA is unravelled to enable gene transcription. As with DNA methylation, scientists understand that histone wrapping is crucial to the timing and context of transcription, but they don’t yet understand how to control the process efficiently.
GP-write’s goals are lofty. Nevertheless, ambition and curiosity drive creativity and technological progress, as made clear by past accomplishments in similarly grand challenges. Emily Leproust’s analysis of the main obstacles facing GP-write clearly enumerates specific tasks where the synthetic biology community can focus its efforts in order to achieve the greatest progress.