Learn about a recent study using synbio to develop a diagnostic platform for the detection of Zika virus.
Twist Bioscience
13 min read 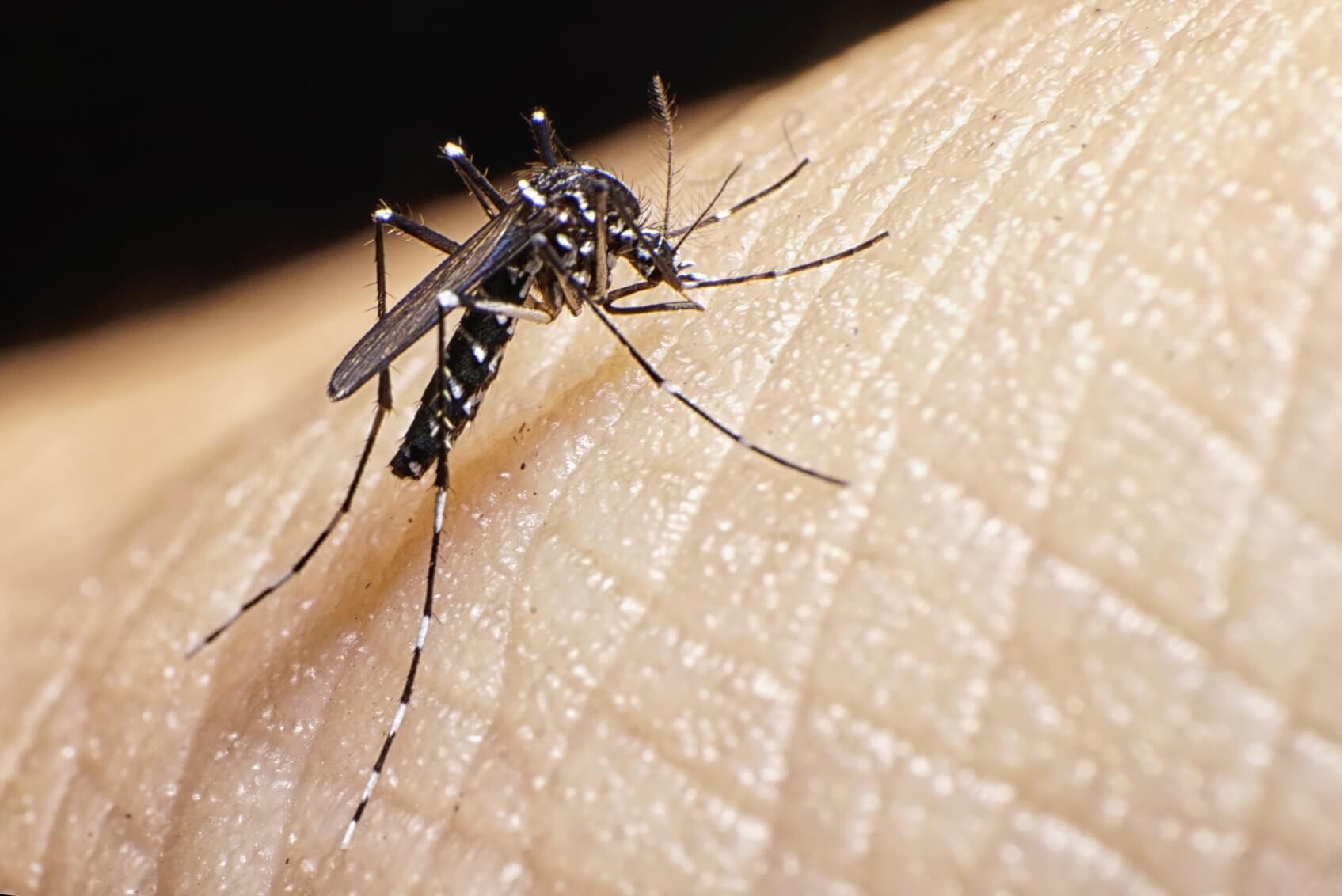 The 2016 Summer Olympics are just a few days away, and both the athletes and the host country are in the final stages of preparation. Over 10,000 athletes from more than 200 countries will be participating in the Brazil Olympics this year, and for many athletes, competing is a once in a lifetime opportunity. The Olympics bring the world together every four years through sportsmanship and competition, and highlight remarkable stories of individuals and nations with worldwide media coverage.
This year however, an emerging outbreak of Zika virus in Brazil is on many people’s mind when they think about the Olympics. Brazil issued a statement on the safety of the Olympic games for all athletes and spectators, and while a very low percentage of those infected will experience the most severe consequences of the virus, the general public remains concerned about Zika.
Researchers at MIT recently released results from a study in which they used synthetic biology tools to develop a “portable, low-cost diagnostic platform for the detection of Zika virus.” The test progressed very quickly from initial idea to a working prototype, demonstrating how synthetic biology is accelerating discovery.
Zika virus was first discovered in the late 1940s from a monkey captured in the Zika Forest of Uganda. The first cases of human infection were seen in the early 1950s. The virus is most commonly transmitted by the Aedes aegypti mosquito, which is primarily found in tropical and subtropical areas of the world, but may also be sexually transmitted. Symptoms of infection are usually mild, and can include fever, rash, muscle and joint pain, and headaches.
﻿ ﻿
Cryo-Electron Micrograph of the Zika Virus from wikicommons
In April, the Centers for Disease Control and Prevention released a statement confirming that Zika infection during pregnancy can lead to a severe birth defect called microcephaly. Microcephalic babies are born with small heads due to abnormal brain development, and may experience developmental issues throughout their life.
Currently, no vaccine or medicine exists to treat Zika infection. Several studies are underway and the National Institutes of Health plan to use U.S. Olympic athletes to learn more about the virus. As these studies progress, early detection and diagnosis of the Zika virus remain important in efforts to slow or stop the spread of outbreaks.
Development of the Zika virus diagnostic test, led by Dr. James Collins puts in place a programmable platform that could be used for rapid response to future global epidemics. Building on two elegant technologies invented by members of Collins’s research lab, researchers have now implemented programmable RNA-based sensors and a method to easily and safely read activity of the sensors in the field.
The sensors developed by Dr. Collins and his team work by detecting RNA molecules that have a defined sequence. While all human cells contain DNA genomes, some viruses have genomes consisting of DNA and others have RNA genomes. Zika virus has an RNA genome, making it a good target for detection by the RNA sensors.
Collins’s team designed Zika RNA-specific sensors which bind to the virus through base-pairing (see our Science Deep Dive below for more on how the sensors work). When that occurs, an easy to measure color change signal is triggered, allowing observation of Zika infection. They also developed a procedure to amplify the low amount of RNA that is normally found in infected patients, increasing sensitivity of the test. In addition, they generated a prototype portable rechargeable reader to enable the test to be used in the field.
After demonstrating that their method could be used to detect the low amounts of viral RNA present in clinical samples, researchers integrated CRISPR technology to modify their system. This enabled identification of specific Zika virus strains, some of which may require different treatment approaches. The CRISPR system was used to target and cleave strain-specific viral sequences, providing information regarding which strain was detected (for more on recent CRISPR advances, click here).
This study highlights how advances in synthetic biology technologies can dramatically improve the ways we diagnose and eventually treat human diseases. While it focuses on Zika virus detection, this platform and other synthetic biology tools may be able to monitor other outbreaks in the future.

Click here to read an interview with Dr. James Collins, the lead researcher on the team that developed the Zika diagnostic test.
Science Deep Dive
A key tool in the synthetic biology toolkit is a genetic switch, capable of selectively regulating target gene expression, and therefore allowing the ‘programming’ of biological processes. A so-called “toehold switch” used by Dr. Collins’ team allows the control of protein expression at the mRNA translation level. Since RNA is single-stranded, it can form complex structures such as hairpins when complementary RNA sequences bind together to form double-stranded regions. Toehold switches work by introducing a stable hairpin in an RNA molecule upstream of a gene of interest, blocking ribosome binding and inhibiting translation (Fig. 1).
﻿ ﻿
Figure 1. Diagram of toehold switch design. The formation of a stable hairpin structure sequesters the ribosome binding site (green) and translation start site (purple), preventing translation of a downstream gene.
If the toehold sequence spanning the base of the 5’ arm of the hairpin (in red) comes into contact with another complementary RNA sequence (called the trigger RNA, in yellow), the hairpin will start to unravel by strand displacement (Fig. 2).
﻿ ﻿
Figure 2. Trigger RNA is complementary to the 5’ region of the toehold switch, initiating hybridization.
When the hairpin is completely unraveled, the translational start site is exposed, initiating translation of the downstream gene (Fig. 3).
﻿ ﻿
Figure 3. Binding of trigger RNA to the toehold sequence reveals the translational start site allowing ribosomes to bind and initiate translation.
Check out this YouTube video from Alex Green, a toehold switch pioneer, for more information on how these RNA sensors work.
Collins’ team used the Zika RNA virus genome as the trigger for their toehold switch design. Their toehold switch controls translation of the lacZ gene, which encodes the enzyme β-galactosidase. This enzyme cleaves a yellow-colored chemical (chlorophenol red-β-D-galactopyranoside) to generate a purple-colored product (chlorophenol red), allowing for easy visualization of β-galactosidase expression and activity. Collins’s team immobilized and freeze-dried their toehold switches and the cell-free expression system that translates the toehold-encoded gene on paper. Freeze-drying the paper stabilizes the system, allowing it to be taken out of the lab and used in the field.
Samples are tested for the presence of Zika virus RNA by applying the samples to the paper-based system. A detectable color change can be seen when Zika virus is present. The toehold switch-based system developed by Collins’s team only allows expression of the β-galactosidase reporter if there is specific binding between the trigger (Zika virus RNA) and the toehold, making the test highly accurate.
There is usually not enough Zika virus RNA recovered from patients’ blood samples to generate sufficient signal with this assay, necessitating an amplification step. RNA is amplified from a blood sample through a process called NASBA (nucleic acid sequence-based amplification). This method sequentially makes DNA from the Zika virus RNA genome through reverse transcription, then more RNA from this DNA by in vitro transcription to generate enough Zika virus RNA to trigger the toehold switch.