Researchers from Université de Montpellier developed over a dozen cell-based devices that can work together to process complex logic.
Twist Bioscience
10 min read 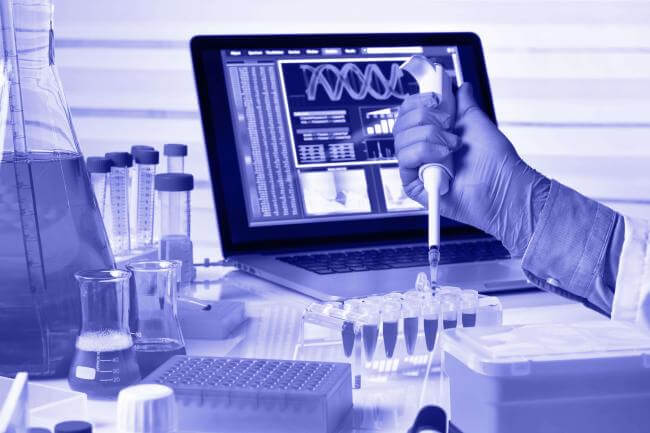 Researchers from Université de Montpellier in France have developed and tested more than a dozen cell-based biological devices that can work together to process complex logic. This work, recently published in Nature Communications, increases the functionality of biological computers and expands their abilities as synthetic tools to support applications in fields such as bioprocessing, healthcare and material science. To construct the biological devices, which depend on high reliability, the researchers used Twist Bioscience high-quality gene fragments. Logical processing within the devices depend on the presence of very specific DNA sequences, and therefore required high-quality DNA for construction.

Synthetic biology uses natural biological parts to construct unnatural biological tools. In recent history, the computer is the tool that has impacted society perhaps more than any other, and synthetic biologists took notice. Among their many attributes, computers are useful because of their ability to quickly calculate and operate using complex logic, and control mechanical devices with an array of functions. While computers can only receive inputs tied to electricity, biological computers accept biological molecules as inputs and can make new ones as outputs. These biological computers could function as diagnostics, drug delivery devices, sensors, and cell classifiers, among many other uses.

One of the critical components of any computer is an ability to perform logical operations. In fact, even basic machinery, like a toaster, relies on simple logical processing. For example: IF the toaster has been toasting for a set amount of time, THEN turn off. However, to achieve more sophisticated functionality, biological computers and other types of biomachines need to be able to perform complex logic by processing combinations of AND, OR, and NOT operations (also known as boolean operations, which combined are boolean functions).

Similar to how paint can be mixed into any color using only primary colors, any logical function can be processed using a combination of a finite set of logic gates. Researchers from Université de Montpellier used this concept to develop a set of cellular logic gates that can be used in thousands of combinations to process complex logic. Their work was recently published in the journal Nature Communications, in a paper entitled, “Hierarchical composition of reliable recombinase logic devices.” The researchers scaled their system to accept four inputs, which translated into a minimum of fourteen distinct logic gates that in different combinations (a total of 16,384 combos) could process any 4-input logic function. The set of cellular logic gates are an ‘off-the-shelf’ type of solution for the fast construction of biological computers with abilities to process complex logic and can be scaled further to achieve higher level logic.

The team decided to develop recombinase-based logic gates, which is a tried and true method to achieve reliable processing of complex logic. Recombinases are natural enzymes found in bacteria, eukaryotes, and viruses that initiate DNA recombination (rearrangement of DNA by exchange of DNA strands) at specific sequences. Depending on the placement of the recombinase recognition sequences, addition of a recombinase can result in insertion, excision, inversion, or translocation of a piece of DNA.

Example of FLP recombinase functionality. At FLP recognition targets (FRTs) FLP induces DNA recombination. Depending on the placement and direction of the FRTs, the insertion, excision, inversion or translocation of DNA is possible. (Source: Wikimedia Commons)

Within bacteria there are many unique recombinases that recognize distinct DNA sequences. To construct logic gates that could accommodate four inputs, four distinct recombinases with unique DNA recognition sequences are needed. With thoughtful placement of recombinase recognition sites, terminators, and promoters, the researchers were able to construct DNA based logic gates that work in combinations to process any 4-input logic function. Their output in this system was the expression of green fluorescent protein (GFP), which they measured with a flow cytometer to verify that the system works and is reliable.

Another advantageous concept of the system that the researchers built, is that the presence or absence of recombinases can be tied to the presence or absence of other molecules. For example, it’s possible to add another DNA fragment to the system that will express a recombinase only if a specific mRNA is present. This means that the inputs to the logic gates can be easily changed while preserving the logic processing capabilities to add even more power to these biological computers.