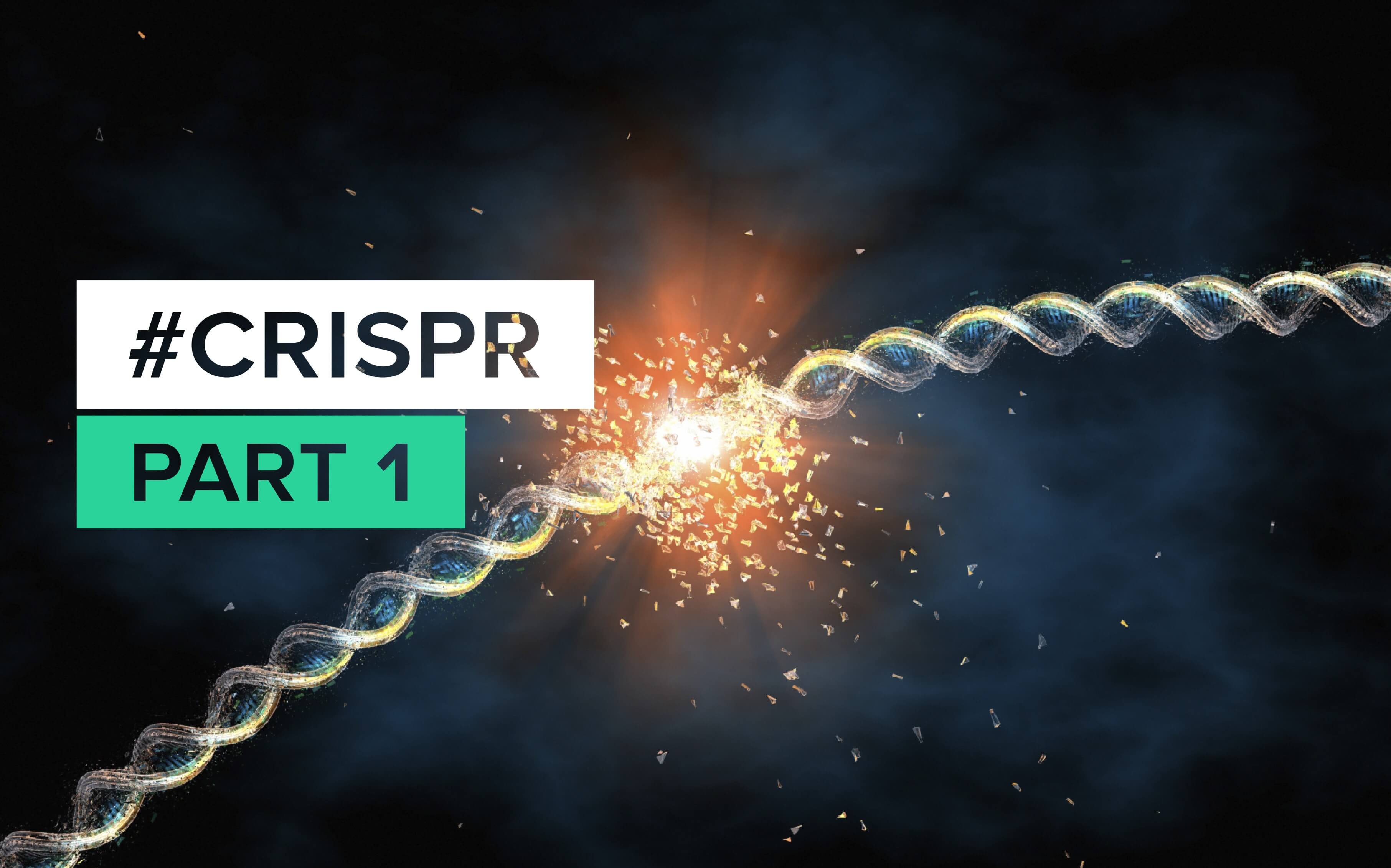 Interested in the field of synthetic biology? Thinking about editing your first genome? If the answer to either of these questions is yes, I’m sure you’ve heard of CRISPR. CRISPR has become the advanced, current generation genome editing technology. Currently, it is mentioned in over 2500 articles in PubMed, with exponential adoption rates over the last three years.
If you are just getting started, or if you are more of a seasoned CRISPR veteran, Twist Bioscience offers a history lesson via six scientific publications instrumental to the development of CRISPR based genetic engineering.
Prokaryotic genomes contain well-organized repeats
Jansen et al., 2002
Scientists had previously noted that many bacterial and archaeal genomes contained distinct repeated motifs of <50bp that were clearly, neatly, and consistently ordered.
Order implies function, but their function was baffling—they were non-coding for one, and the pattern kept showing up in different species, each with its own unique, repetitive sequence that was often highly diverged from other species with the same pattern.
Efforts to find a solution to their function came in the paper above, kickstarting the field by naming the repeat regions “Clustered Regularly Interspaced Short Palindromic Repeats” (CRISPR) and documenting the existence a number of CRISPR-associated genes (named the Cas family) adjacent to these repeats. The CRISPR-Cas paradigm was born.
Sequences in between these repeats are surprisingly foreign
Mojica et al., 2005
CRISPR were always found interspersed with what seemed like totally arbitrary sequence, also <50bp in length. A CRISPR locus looks like this:
CRISPR-random-CRISPR-random-CRISPR-random….
Mojica et al. sequenced 4500 CRISPR sequences from 67 strains representing both bacteria and archaea, comparing these sequences against repositories within GenBank.
What they found was astounding. The sequences matched a mixture of bacteriophage (viruses that infect bacteria) sequences, invasive plasmid (weapons used by bacteria to destroy other bacteria) sequences, and personal genomic sequences which had been sequestered into CRISPR interspacing regions.
Eukaryotes are not the only organisms to have an adaptive immune system
Barrangou et al., 2007
The authors of the previous paper noticed that Sulfolobus solfataricus, anarchaea that grows in hotsprings, was naturally immune to a virus called SIRV. It also had SIRV DNA in its CRISPR spacers, noteworthy in that viruses use DNA as their weapon to infect hosts. It was hypothesized that CRISPR was a form of bacterial adaptive immunity against viral attack.
Barrangou et al., showed that subjecting bacteria to viral attack until it became resistant led to the attacking virus’ DNA being introduced into the CRISPR interspacing regions. To account for false positives, they removed the spacers containing viral DNA from the resistant strain, and subjected it to viral attack once again. Resistance was instantly lost.
Cas uses CRISPR to become a guided missile
Garneau et al., 2010 and Deltcheva et al., 2011
Given that CRISPR and spacer DNA provides immunity to viruses, scientists began digging for the precise mechanism that leads to one genetic element destroying another. Together both featured papers show that CRISPR/Cas uses the information in CRISPR spacers as coordinates for cutting up invading DNA sequences.
Viral DNA challenged with CRISPR/Cas of a resistant strain was always cleaved within the sequence that matched the spacer. This cleavage always occurred at a specific distance from a recognized CRISPR sequence motif that was always consistent between spacers of any particular species (the Protospacer Adjacent Motif, or PAM).
Virus resistant-bacteria produce lots of RNA from two distinct regions in the CRISPR/Cas system. One is the CRISPR spacer itself (crRNA), however the other is just outside of the CRISPR repeats, near where the Cas genes are found (tracrRNA). Both RNA fragments together were necessary to cleave viral DNA alongside the endonuclease protein Cas9.
If Cas9 is CRISPR RNA guided, and we can engineer DNA sequences…
Jinek et al., 2012
This featured study could be a good candidate for the greatest biological advance in the last five years. It was a one-two punch knockout, with an incredible leap that revolutionized not just synthetic biology, but genetic engineering, personalized medicine, agricultural science, genetics, and cell biology, to name just a few.
Jinek et al. demonstrated that because crRNA and tracrRNA are complimentary sequences, they bind into a double strand. This double strand guides the Cas9 to the complimentary strand in the invasive DNA starting at the PAM. The Cas9, which contains two different DNA cutting domains, unwinds the DNA into two strands, and then creates a blunt break in the invading DNA.
The authors showed that linking the crRNA and the tracrRNA into a new molecule they named guide RNA (gRNA), they could simplify the system. Any gRNA sequence could be synthesized to facilitate Cas9-mediated blunt ended cleavage of any DNA sequence. This gives researchers precise control to cut anywhere in an organism’s genome, allowing researchers to engineer introduce or knock out genes of within any selected organism’s genome with relative ease.
The status quo
CRISPR has exploded in the last four years, seeing exponential growth. Towards the end of 2015 there were five papers a day being published in the field. In January 2016 alone, over 200 new papers were submitted to the PubMed journal database. We are excited to see where this amazing technology will take us in the coming year.