In the emerging field of precision medicine, Twist Bioscience plays an important role with our products and collaborations.
Twist Bioscience
9 min read 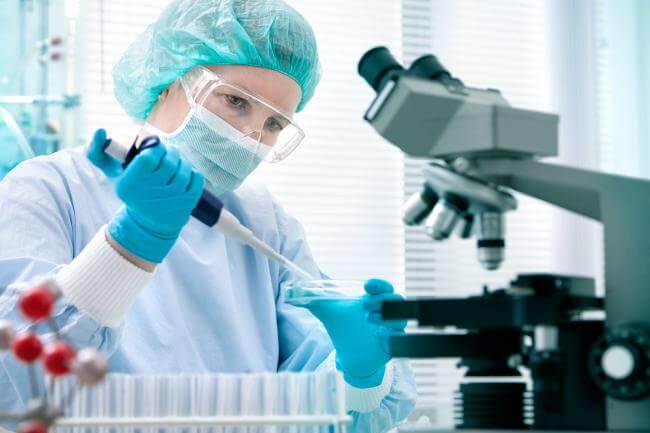 Doctors have always sought the best course of treatment for each patient, but in recent years this goal has taken on new meaning with the emergence of the term “precision medicine.” The phrase gained attention in 2011 when the National Research Council released the report, “Toward Precision Medicine: Building a Knowledge Network for Biomedical Research and a New Taxonomy of Disease.”

It states: “‘Precision medicine’ refers to the tailoring of medical treatment to the individual characteristics of each patient. It does not literally mean the creation of drugs or medical devices that are unique to a patient, but rather the ability to classify individuals into subpopulations that differ in their susceptibility to a particular disease, in the biology and/or prognosis of those diseases they may develop, or in their response to a specific treatment. Preventive or therapeutic interventions can then be concentrated on those who will benefit, sparing expense and side effects for those who will not.”

The advancement of precision medicine relies on next generation sequencing (NGS) of patient genomes and transcriptomes to pinpoint the molecular origin of a patient’s disease state. With constant advancement in genomics research, precision medicine promises to markedly enhance the way diseases are understood, diagnosed and treated.

“Precision medicine will change how medicine is practiced. It is also set to play an increasingly vital role in therapeutic development,” said Emily Leproust, CEO of Twist Bioscience. “It both promises to advance the screening of new compounds and biotherapeutics for disease treatment, and to improve the identification process for novel treatment targets.”

Where medical and pharmaceutical researchers once might have focused on treating cancer with a one-size-fits-all style chemotherapy regimen, they now may begin moving to the development and identification of optimal treatments for smaller groups dependent on the genetics and the representation of their disorder.

“With genetic targeting, the percentage of people receiving correct, effective treatment may rise from 5 percent to 20 percent, 50 percent or higher,”  Leproust explained. “That’s really the promise of the genomics era -- to turn cancer into something that can be managed as a chronic disease.”

“Twist Bioscience,” Leproust explained, “provides the tools to prepare the DNA sample so that when it goes into NGS sequencing, the right parts are read effectively, the cost of the sample is as low as possible and the data you get is as complete as possible.”

As precision medicine continues to advance with tools like target enrichment, associated costs are dropping dramatically. Before the Human Genome Project was completed in 2004, it cost an astounding $3 billion to get one human genome fully sequenced. Now, sequencing an entire individual genome can be done for under $1,000 and for the same price, 30 targeted screens focused just on a patient’s genes can be performed.

This development means researchers will receive better data, at lower costs, so that target enrichment will be applicable for more samples and enable more DNA applications. If researchers know the regions of the sequences to be targeted, they can indicate them and Twist Bioscience will make available a design and set of probes that are complementary to those regions.

“We are taking this approach with the Twist Bioscience’s Human Core Exome Kit, which is manufactured using a silicon-based DNA writing technology platform that supports NGS applications allowing medical researchers and pharmaceutical developers to target the specific regions in the genome they want sequenced,” Leproust said.

An example of how Twist Bioscience can play an important role in this field can be seen with its collaboration with HudsonAlpha, a world leader in DNA sequencing. Using Twist Bioscience’s Target Enrichment Solutions for the next-generation sequencing of Formalin-Fixed, Paraffin-Embedded (FFPE) tissue samples, HudsonAlpha used a diverse set of FFPE samples with varying quality which they captured with the Twist exome kit and subsequently sequenced at 500x.

The researchers were able to cover >99.5 percent of all targeted samples with 30 or more reads, providing strong support for variants detected. Previously, HudsonAlpha could sequence 92 percent of targets when deep sequencing FFPE preserved tissue.

In addition, Twist’s Human Core Exome Kit showed a lower duplication rate compared to other kits on the market. The benefits showed the potential for HudsonAlpha to markedly improve their sequencing workflows.

“Data acquisition is currently a bottleneck, and it needs to be streamlined,” said Shawn Levy, PhD, director for all sequencing activity within HudsonAlpha’s Genomic Services Laboratory. “Anything that saves time is incredibly valuable to clinical diagnostics, as time is a precious and expensive resource, especially for diagnosing cancer and infectious disease,” Levy said.

These advances show the future offers great hope for fighting cancer, Leproust said. “The goal shouldn’t be to cure cancer. That’s almost a myth. We’re probably better off trying to plan for the fact there will be recurrences and to fix those recurrences,” she said. “Over time we can turn cancer into a chronic disease.”

Twist Bioscience is presenting its Human Core Exome & Custom Panel Target Enrichment  Kits this month at the ESHG (European Society of Human Genetics) Conference 2018 in Milan, where it is a sponsor.