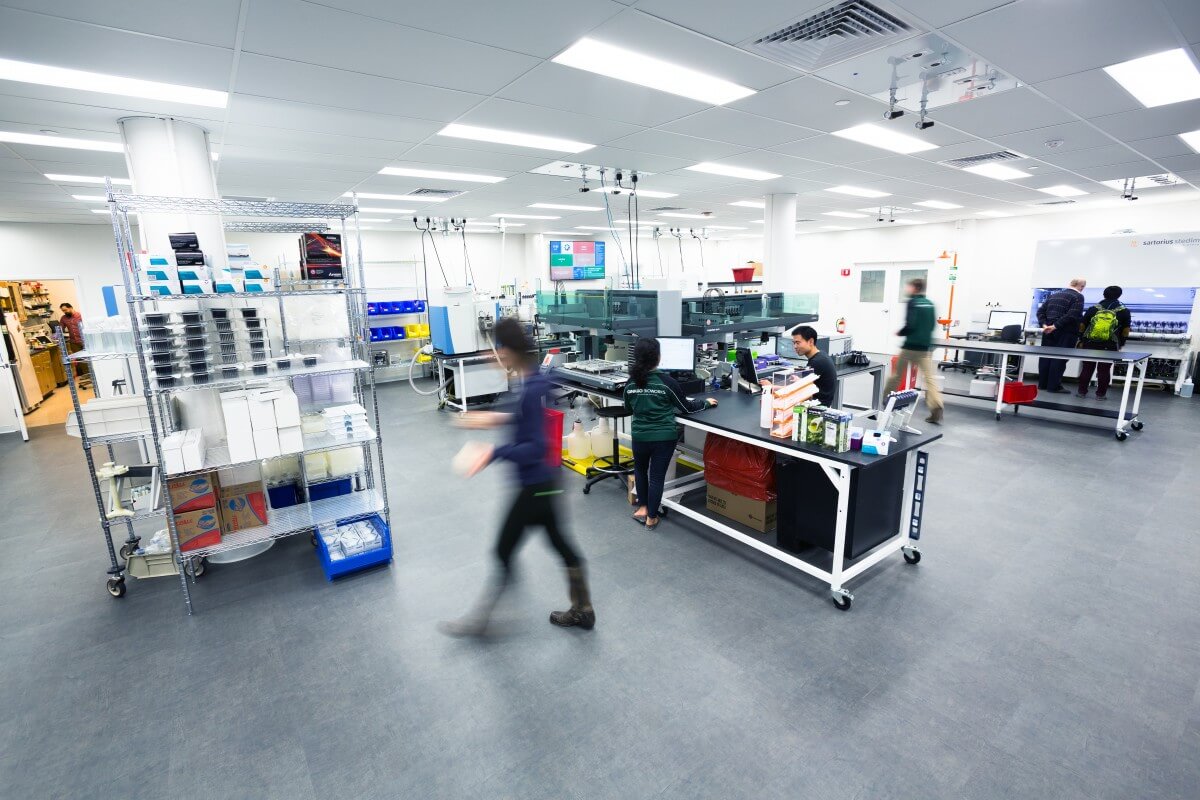 Innovation is in the bones of Boston based startup Ginkgo Bioworks, a key Twist Bioscience beta access partner. Living, dreaming and breathing cutting edge science has afforded a colored history to the eight-year-old synthetic biology company.
Founded by MIT engineers, Ginkgo became the first biotech alumnus of the Y Combinator incubator program in 2014 – and today they announced a new $100 million funding round, bringing the company’s total funding in the last 15 months to over $154 million. We, at Twist Bioscience, congratulate Ginkgo on their significant progress, successful funding and extraordinary leadership in the field of engineering biology.
Ginkgo’s growing product portfolio is as equally fascinating as it is diverse. They have developed infection-fighting probiotics in conjunction with Defense Advanced Research Projects Agency (DARPA), bacteria that help mitigate greenhouse gases by converting CO2 into useful chemicals through the Department of Energy’s Advanced Research Projects Agency (ARPA), organisms that use enzymes within the cell to convert sugar into fragrance ingredients (think coconut, peach and rose)  that are of high value to the food and fragrance industries, a sweetener for a major beverage company and chemical libraries that allow companies to discover the scaffolds that can become complex natural products among other products.
Built for and empowered by “freedom-to-scale,” Ginkgo’s organism foundry is an automated, rapid prototyping facility for engineering biology. Something instantly noticeable is that they look nothing like what you might expect. Everything is on wheels, and power, water and gas supplies hang from the ceiling. Nothing in the expansive room is static. Their lab is flexible, and is able to re-iterate and reinvent itself as the company and product portfolio grows.
In this lab, the early research is fueled by cutting edge synthetic biology tools and techniques, as well as substantial amounts of DNA. To facilitate the transition from R&D to market, Ginkgo has built Bioworks1. Automation has become the core for performing reproducible high-throughput molecular biology, enabling this freedom-to-scale. Experiments are parallelized, costs and production times are minimized—a model of efficiency, allowing Ginkgo to rapidly prototype organism designs, maximize productivity and enable growth.
﻿﻿
Pipetting by hand is a thing of the past for Ginkgo

At EUSynBioS in London this past April, Tom Knight spoke about automation being only one side of the scale-up coin. As with any business, the cost of raw materials is also a bottleneck to commercialization.
Ginkgo’s organism-based bio-fermentation portfolio requires enzymes, and finding the right enzyme for the job means screening through lots of them. Panels of enzymes that perform certain difficult or otherwise impossible chemical reactions are screened, with the best candidates combined into the most efficient pathway possible.
Large amounts of synthetic DNA underlie the process for making these enzyme panels and drive almost all aspects of Ginkgo’s business. In late 2015, Ginkgo became Twist Bioscience’s first beta access partner, purchasing an unprecedented 100 million bases of DNA—an amount equal to 10% of the annual global usage in the market at that time.
In his presentation, Tom Knight talked about their cost of evaluating a single enzyme in 2013, which was then under $500, compared to what it is today—under $100. This increased efficiency, enabled by the significant reduction of the cost of synthetic DNA through their partnership with Twist Bioscience, is a clear demonstration of how innovative DNA synthesis can fuel entire industries like the bioengineering market.
We, at Twist Bioscience, have delivered substantial quantities of DNA to Ginkgo already, allowing them to explore a broader sequence space and reimagine their processes and workflows on a grander scale. In fact, Ginkgo tripled their order for 2017, bringing the total synthetic DNA ordered from Twist Bioscience to 400 million base pairs.
Innovative work from early adopters of technology such as Ginkgo create ripple effects in the industries they touch. We, at Twist Bioscience, firmly believe that as the cost of synthetic DNA comes down, the market will expand to enable new applications from healthcare, biofuels, and commodity chemicals to digital data storage. With innovative advancements and corresponding market growth, we look forward to supporting and driving the growth ahead – both for Ginkgo and for the industry.