Floating in the middle of the Pacific Ocean, there is an enormous unnatural phenomenon called the Great Pacific Garbage Patch.
Twist Bioscience
5 min read 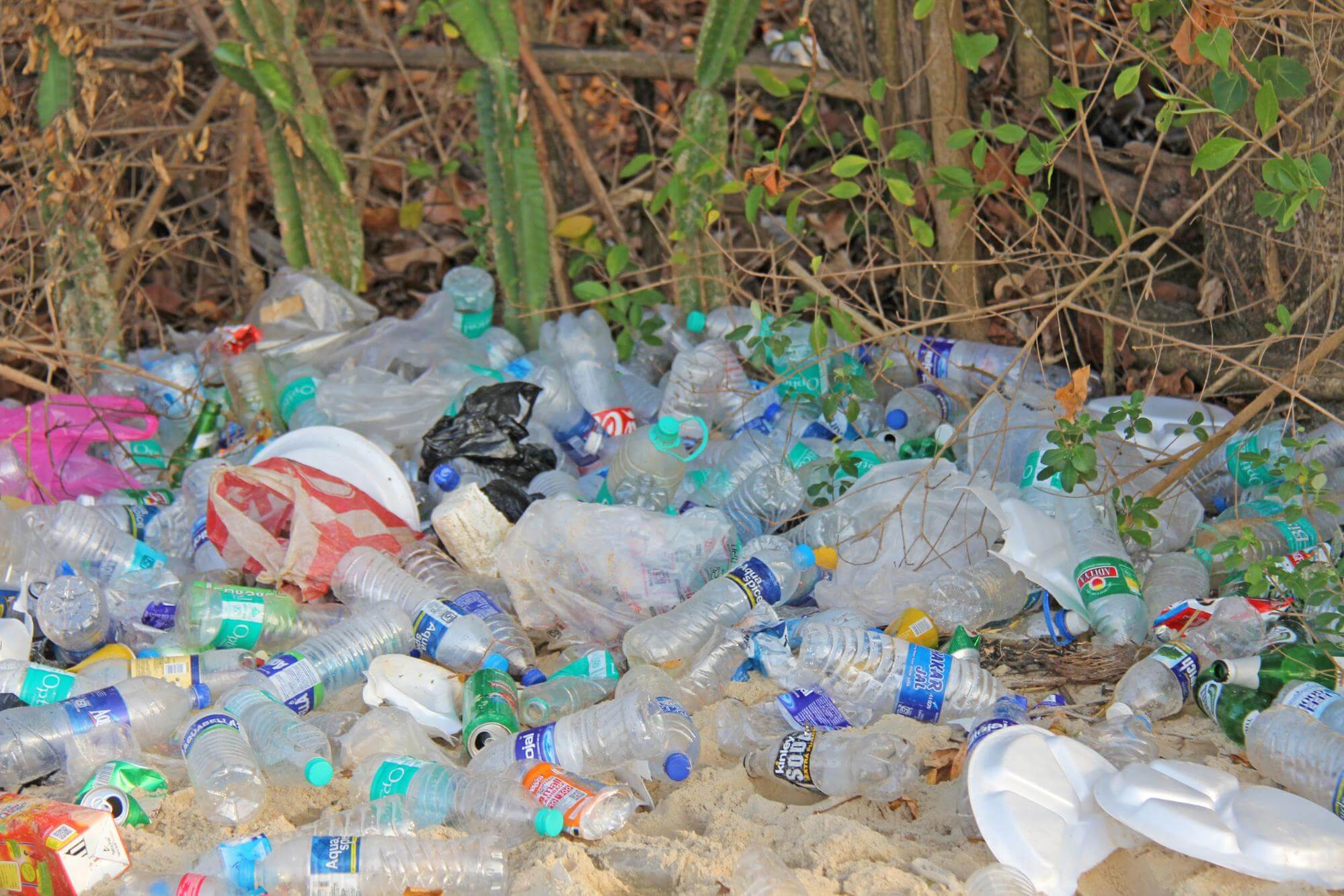 Plastic is defiling our environment and damaging ecological havens, leaving harmful imprints on the environment and perhaps human health. The World Health Organization recently announced a review into the potential risks of plastic in drinking water after an analysis of popular bottled water brands found that more than 90% contained tiny pieces of plastic, while a previous study detected high levels of microplastics in tap water.

However, a team of researchers working to counteract this threat have discovered a plastic-eating enzyme that can digest the polluting substance. The group, from Britain's University of Portsmouth and the U.S. Department of Energy's National Renewable Energy Laboratory, (NREL), recently demonstrated their work in a paper published in Proceedings of the National Academy of Sciences (PNAS).

The researchers examined the molecular structure of a naturally occurring enzyme, called PETase. PETases break down polyethylene terephthalate, or PET, commonly used to make plastic bottles. PETases are thought to have evolved in a waste recycling centre in Japan, allowing a bacterium, Ideonella sakaiensis 201-F6, to degrade plastic as a food source. Since PET is a relatively new chemical, with plastic bottles first produced in the early 1970s, PETases most likely evolved recently.

Most enzymes that exist today have been evolving for many millions of years, so studying PETase’s evolution is a rare opportunity to monitor the forces driving molecular innovation in real time. While the discovery of this enzyme is intriguing to solve environmental concerns, unfortunately, PETase doesn’t work quickly enough to solve plastic recycling at an industrial scale. However, in the process of examining the functionality of this enzyme, the researchers inadvertently engineered an enzyme that is even more effective in degrading plastics and is a promising candidate to one day diminish plastics in our environment.

In order to map out the molecular structure of the enzyme, the researchers needed very powerful instrumentation. The team collaborated with scientists at the U.K.-based Diamond Light Source, which operates a synchrotron that uses intense beams of X-rays 10 billion times brighter than the sun to act as a microscope powerful enough to map out the individual atoms. By first generating PETase crystals, researchers then used Diamond’s latest laboratory, beamline I23, to generate an ultra-high-resolution 3D model of the PETase enzyme in molecular detail of ~1.5 ångströms (0.15 nm or 150 pm) or 1/1000th the size of a virus.

Using this crystal structure, the team then sought to characterize exactly how PETases can eat plastics, by making targeted mutations in the enzymes’ active site. The researchers employed clonal gene synthesis to create PETase using common lab bacteria E. coli. This was done by generating mutations in the sequence that encodes the enzyme using a targeted mutagenic polymerase chain reaction. When testing the affinity for PET, two of the mutations surprisingly turned out to increase the amount of PET the enzyme can degrade by over 30%. The team found they achieved this by making the enzyme’s active site more accomodating for larger PET chains.

“We hoped to determine its structure to aid in protein engineering, but we ended up going a step further and accidentally engineered an enzyme with improved performance at breaking down these plastics,” said NREL’s Gregg Beckham, one of the authors of the research paper, in a statement. “What we’ve learned is that PETase is not yet fully optimized to degrade PET—and now that we’ve shown this, it’s time to apply the tools of protein engineering and evolution to continue to improve it.”

“This is a highly novel piece of science based on a detailed molecular-level understanding of an enzyme able to depolymerise a common type of plastic, whose persistence in the environment has become a global issue,” Dr. Colin Miles, Head of Strategy for Industrial Biotechnology, which, along with U. Portsmouth and NREL, funded the research, said in a statement.

To put the urgency of the environmental threat posed by plastics in perspective, NREL outlined some statistics: “Eight million metric tons of plastic waste, including PET bottles, enter the oceans each year, creating huge man-made islands of garbage like the Pacific Trash Vortex. Experts estimate that by 2050, there will be as much waste plastic in the ocean by mass as there are fish.”

This novel engineered enzyme could potentially be used to degrade these plastics, which can remain in the environment for hundreds of years and continue to pollute our land and sea worldwide. “It will be interesting to see whether, based on this study, the performance of the enzyme can be improved and made suitable for industrial-scale application in the recycling and the future circular economy of plastic,” Dr. Miles said.

Continued innovations like PETases will be important for our future generations, and continued development of such innovations in synthetic biology requires advanced tools. Customizable clonal genes, such as those offered by Twist Bioscience, allow for low cost, high throughput testing of variants, which are provided directly in an NGS-verified Twist Cloning or Expression Vector with no Type II S sequence restrictions.

The research team is still working to further improve the enzyme for industrial use to break down plastics in a fraction of the time. “Few could have predicted that since plastics became popular in the 1960s huge plastic waste patches would be found floating in oceans, or washed up on once pristine beaches all over the world,” said Professor John McGeehan, Director of the Institute of Biological and Biomedical Sciences in the School of Biological Sciences at U. Portsmouth about this global environmental problem. In the same article, Professor McGeehan provides a path toward a solution: “We can all play a significant part in dealing with the plastic problem, but the scientific community who ultimately created these ‘wonder-materials,’ must now use all the technology at their disposal to develop real solutions.”