The History of Therapeutic Drug Development

The pharmaceutical industry is thought of as a modern phenomenon, drug discovery has a long history.
Twist Bioscience
10 min read 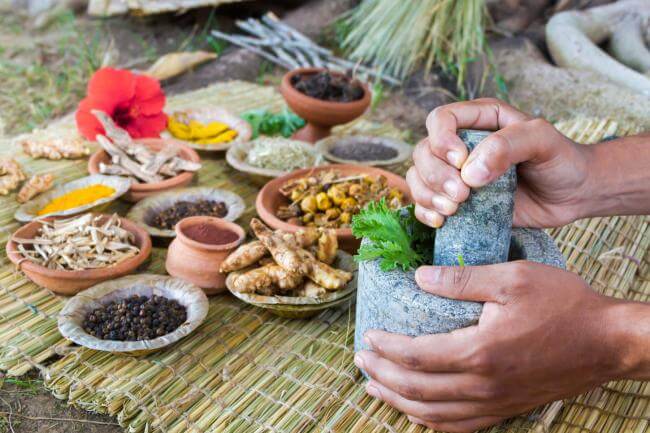 While the pharmaceutical industry is thought of as a modern phenomenon, drug discovery and development have been with us since the early days of human civilization.1 Most likely discovered through a combination of trial and error, early “medicines” often had as much religious and spiritual significance as they did healing importance. These folk medicines were primarily of plant origin that were complemented with minerals and animal substances. Although early folk remedies were discovered separately in different civilizations, they often used the same plants and herbs for similar diseases.
Many early medicinal treatments originated in China, and are referred to as traditional Chinese medicines (TCMs). These were developed as early as 3500 BC, and many of these early TCM recipes were recorded and are still available today. The Chinese pharmacopoeia, or list of medicinal drugs with their effects and directions for their use, is quite large. Some of these herbal medicines contain active ingredients used in modern medicine, including reserpine, originally derived from Rauwolfiaevergreen trees and shrubs. Reserpine is used as an antihypertensive, which lowers blood pressure.
﻿ ﻿Chinese herbal medicine
Development of medicines was also well underway in Egypt by 3000 BC, at which time the Ebers papyrus contained 877 prescriptions for various maladies, including gynecology, eye and skin problems. These Egyptian remedies were frequently based on herbal materials such as castor oil, aloe, and frankincense.
Indian folk remedies also existed 3000 to 5000 years ago, and are referred to as Ayurvedic medicine. Recorded in sacred writings known as Vedas, they were based primarily on herbal preparations, including cardamom and cinnamon. Some Ayurvedic ingredients are still used in Western medicines today.
The Greeks drew from Egyptian, Chinese, and Indian medical ideas to develop their own medicinal treatments. Importantly, Greek society advanced medicine and drug development by rejecting the notion that diseases are caused by supernatural causes or spells1. In fact, they concluded that diseases arise from natural causes that could be treated with their medicinal formulations.
The Romans also developed their own medicinal treatments, led by Claudius Galen who wrote on all aspects of medicine in 400 different manuscripts. With the decline of the Roman Empire, medicinal expertise moved to the Arab world. Starting in the fourth century, Greek and Roman medicinal development was completely neglected in Europe, as the use of folk remedies in the west became branded as witchcraft and sorcery2.
During this time period, known as the Dark Ages (5th to 15th centuries), Europe was ravaged by leprosy, tuberculosis, smallpox and bubonic plague. One prevailing attitude during this time was that disease was God’s punishment for sin. Treatment of disease through development of new herbal remedies may have been very difficult in this environment, especially since practitioners of these remedies were seen as heretics. The loss of knowledge of folk medicines and progressive medical treatment during the plague period in Europe is an important example of how unscientific opinion can hamper significant medical progress.
The development of medicinal remedies in Europe restarted during the Renaissance (14th to 17th centuries)2. The physician Paracelsus brought opium into the European pharmacopoeia in the early 16th century, and he also developed the modern concept of dose dependency for drug action and toxicity. He used metal salts for treatment, especially those of mercury for treatment of syphilis, developing the predecessor of current chemical therapeutics.
﻿ ﻿
Two centuries later, English physician Thomas Sydenham introduced Laudanum, a mixture of opium and herbal ingredients. It was widely used for a variety of ailments in Europe until the middle of the 19th century, when the emerging science of chemistry began to guide the development of medicines. The extraction of morphine from opium in 1806 by Friedrich Sertürner launched the first generation of true drugs. He was also the first to perform pharmacological studies in animals to determine the effects of a drug. Between 1820 and 1850, numerous drugs were isolated and evaluated using Sertürner’s experimental method.
Although advances were made in the 19th century, only a few true drugs were available at the beginning of the 20th century. Scientific method then began to drive drug development, with systematic research leading to the synthesis of drugs via chemical methods, heralding the beginning of the modern pharmaceutical industry.
Today, hundreds of pharmaceutical companies have more than 7,000 medicines in development around the world, with about half of those new drugs undergoing development in the US. In fact, the US Food and Drug Administration has approved more than 500 new drugs since 2000. This accelerated pace of development is due in large part to the use of biotechnology. Many of the new medicines are “biologicals”—modified molecules derived from biological sources, such as antibodies. The pace of drug development should accelerate even more, once synthetic biology methods for producing synthetic DNA are integrated into the development process.
References