Q&A with Dr. Neville Sanjana on his career (so far) in CRISPR – PART 1 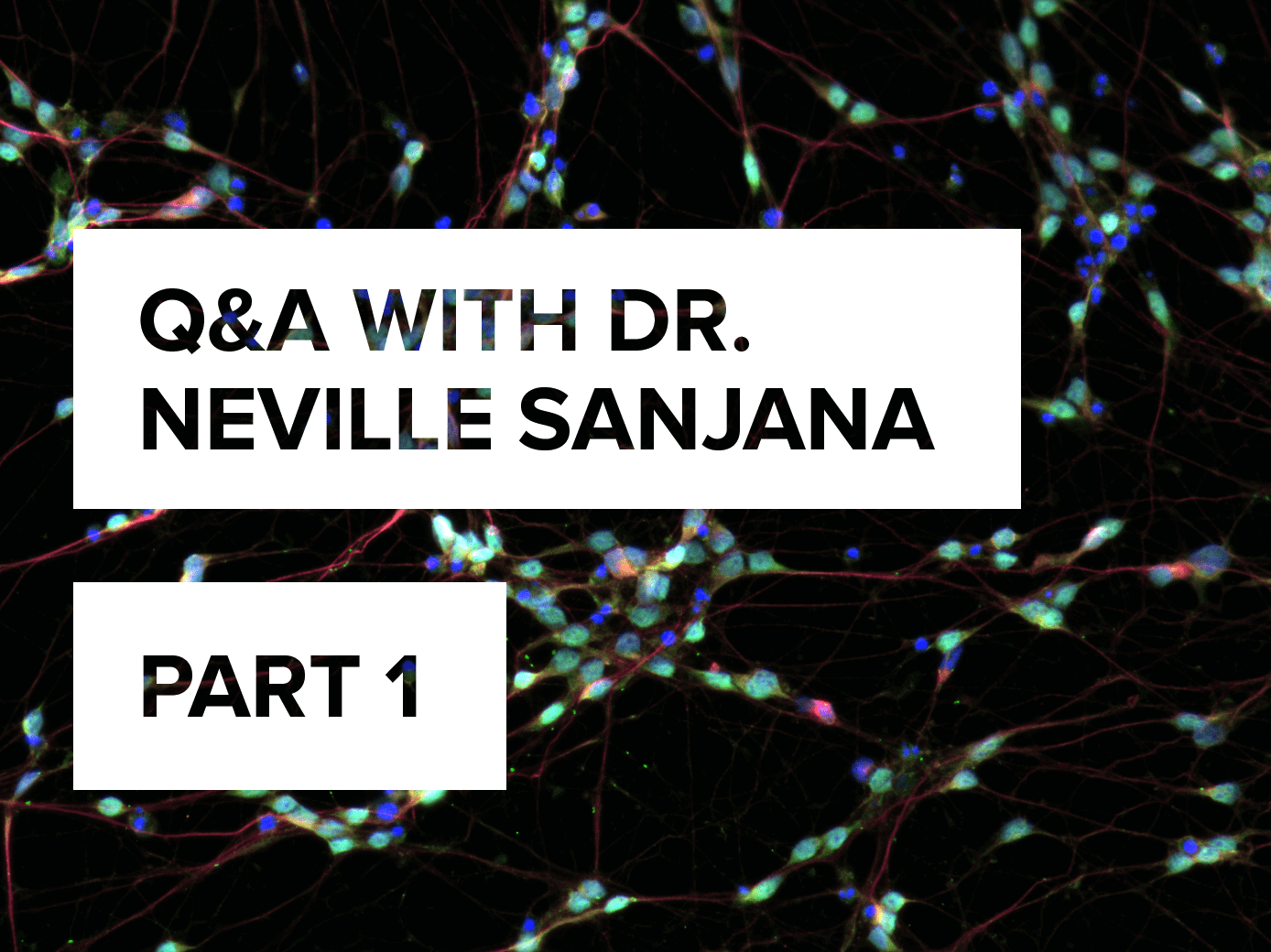 Dr. Neville Sanjana, one of Twist Bioscience’s early customers and current collaborator, was recently interviewed for the publication Front Line Genomics. Neville is currently a Core Faculty Member at the New York Genome Center and an Assistant Professor at New York University. Before moving to New York, he was a postdoctoral researcher in the laboratory of Dr. Feng Zhang, where he worked on developing new approaches for gene editing, including advance CRISPR technologies, and applying them to neuroscience applications. Click here for more information on his research.
Read on for a full recap of Neville’s interview with Front Line Genomics.
﻿﻿
Image credit: Neville Sanjana