STEM vs. STEAM, why STEM Should Welcome the Arts! 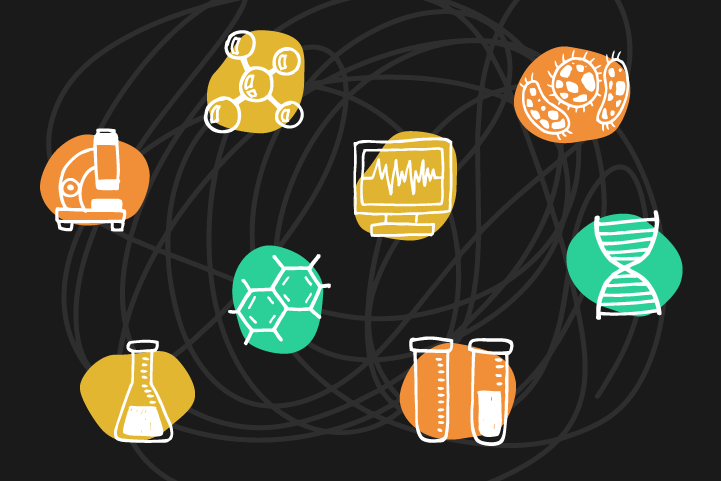 This article is part one of five from our 2020 STEAM series. To read part two, look out for notifications on our social channels and subscribe to Writing the Future so you wont miss a post.

What does STEAM stand for?

Wait a minute. Something seems off here. Arts??

STEAM as a movement is only around 15 years old. But the concept behind it? As old as the hills. Or at the very least, as old as Da Vinci’s Vitruvian Man. So what does STEAM stand for? For the uninitiated, or for the STEM purist, the Arts may seem like an illogical or unacceptable addition to the otherwise sensible grouping of Science, Technology, Engineering, and Mathematics. But the point of STEAM is not to say “the Arts and the Sciences are two peas from the same pod.” Rather, the idea and its acronym came about to suggest that teaching the sciences in a way that integrates the arts is more beneficial to students and the general public, and thus, more beneficial to the STEM fields themselves.

Today, we see a wave of individuals already bought into this idea who are taking matters into their own hands using social media as their platform. They have taken personal responsibility for sharing and spreading their love of the sciences to others, making STEM disciplines more relatable, engaging, and fun for the next generation. And many of them are employing a new protocol (if you will) to get the job done, utilizing music, dance, drawing, makeup, creative writing, visual design, performance, and more to get the message across.

Until now, the sciences have felt far removed from the public in a world of white lab coats, boffins, and chalk. On the other hand, social media Influencers have far-reaching social and cultural impact, especially among younger generations. They shape the way people eat, people dress, the makeup they buy, and the political ideals people believe. This new generation of science influencers is therefore bridging the gap between the scientist and the public, positively shaping the way the public engages with complex concepts by making difficult topics accessible and fun.

Understandably, in the STEM vs STEAM debate STEAM is met with skepticism, especially by the scientific community. But ensuring that more young people are engaging with STEM in a meaningful way is undeniably important. Today, the influencers are standing at the front line, literally dancing the STEAM dance on TikTok. Their reach is challenging scientific culture at its core, molding the way a younger generation engage with science. This new wave of scientifically engaged individuals shows how STEAM will be integral to breaking apart inequities pushing young scientists away from the field, changing how science is taught to ensure a more holistic skillset fostering creativity.

STEM and STEAM in Education

STEM doesn’t just have a problem with public engagement.

As famed mathematician Edward Frenkel said, “What if at school you had to take an art class in which you were only taught how to paint a fence? What if you were never shown the paintings of Leonardo da Vinci and Picasso? Would that make you appreciate art? Would you want to learn more about it? I doubt it. Of course, this sounds ridiculous, but this is how math is taught.” It is common for young people to have STEM subjects pushed on them as desirable only because they can make a better living as an adult. Does that resonate with 12-year-olds? Probably not.

By 2025, the U.S. alone is projected to have 3.5 million STEM jobs, with 2 million of them going unfilled (source: The National Association of Manufacturing and Deloitte). Contribution to technological and scientific advancement is a critical component of any country’s global competitiveness, but STEM has been in an unwinnable game of musical chairs for years now, with too many seats and not enough players. This lack of qualified candidates is a symptom of a problem starting any number of years before workers enter the job market. It begins at home and in schools.

Some universities encourage a STEAM approach to education as a means to address this shortfall—like Stanford, which encourages its faculty and students to foster their harmonic relationships with art and science. But by the time young people are ready to apply for college, it’s often too late. Kids need to be engaged and excited about the sciences much earlier to encourage more students to take up a STEM career path.

South Korea has been experiencing a decline in STEM major applicants to their universities and elected to implement STEAM measures into their educational systems as a means to mitigate the problem. When reviewing the effect of integrated STEM vs. STEAM in Asia-Pacific Science Education, college students in STEM majors were surveyed and interviewed about their perceptions of how their earlier coursework improved their skillset. In the interviews, students with a STEAM background showed markedly more positive perceptions of their competency, including improved confidence, teamwork, problem solving, and job aspirations.

By integrating the arts into the teaching of STEM subjects, it is clear STEM becomes increasingly accessible and appealing to more people. By extension, integrated arts expand how the sciences can be learned and applied, and exposes students to ideas and “softer” skills that are often otherwise excluded from STEM coursework. The result is a larger pool of students pursuing STEM majors, and STEM graduates who have a more diversified skill set, who are thus better prepared for real-world careers in their chosen paths.

The importance of the arts in teaching the sciences is summed up eloquently by James Wakefield, Professor of Integrative Cellular Biology at the University of Exeter. “I smile when people say ‘arts have no place in science’ or ‘it’s a completely different endeavor’ or whatever. No it’s not; it’s creativity. Creativity is exploration, exploration leads to ideas, and ideas lead to real solutions to real-world problems. Unless you have ideas, your science is dead.” For the past two years, Prof. Wakefield has been involved in an art-meets-science project with Exeter colleagues John Dupre and Gemma Anderson. The team published an article about their work in 2019: “Philosophy of Biology: Drawing and the dynamic nature of living systems” and are featured in episode 57 of the eLife podcast.

The remaining segments of this mini-series are discussions with popular TikTok science influencers Darrion Nguyen (@lab_shenanigans), Heather Masson-Forsythe (@heycurlytop) and Ricky Barrett (@rickyrick.phd). Each is at a different stage of their scientific career, with their own distinct approach, skill set, and style of content. Each of them leverages various forms of the Arts to reach more people and foster stronger connections. They are part of a movement that’s making science cool, sparking curiosity and laughter, and opening up dialogues between strangers. Keep an eye out for the first interview in part two of this series on Writing the Future.

There is also an ever-expanding roster of engineers, computer scientists, mathematicians, and science communicators gaining momentum on platforms like Twitter, Instagram, YouTube, and TikTok. Here are just some of the influencers that Twist is paying attention to. You should check them out; many keep the same usernames across platforms:

In honor of STEAM week, Twist Bioscience employees have created an activity book. Printed in limited supply, you can get your hands on one for free in the month of November when you sign up for Writing the Future. Subscribe at the top of the page here.