Synthetic Biology Is Not Just Good, It’s Good For You

Synthetic biology (synbio for short) is a term that circulates freely through the tech world, but what exactly does it mean? It inspires both excitement and concern, depending...
Twist Bioscience
6 min read 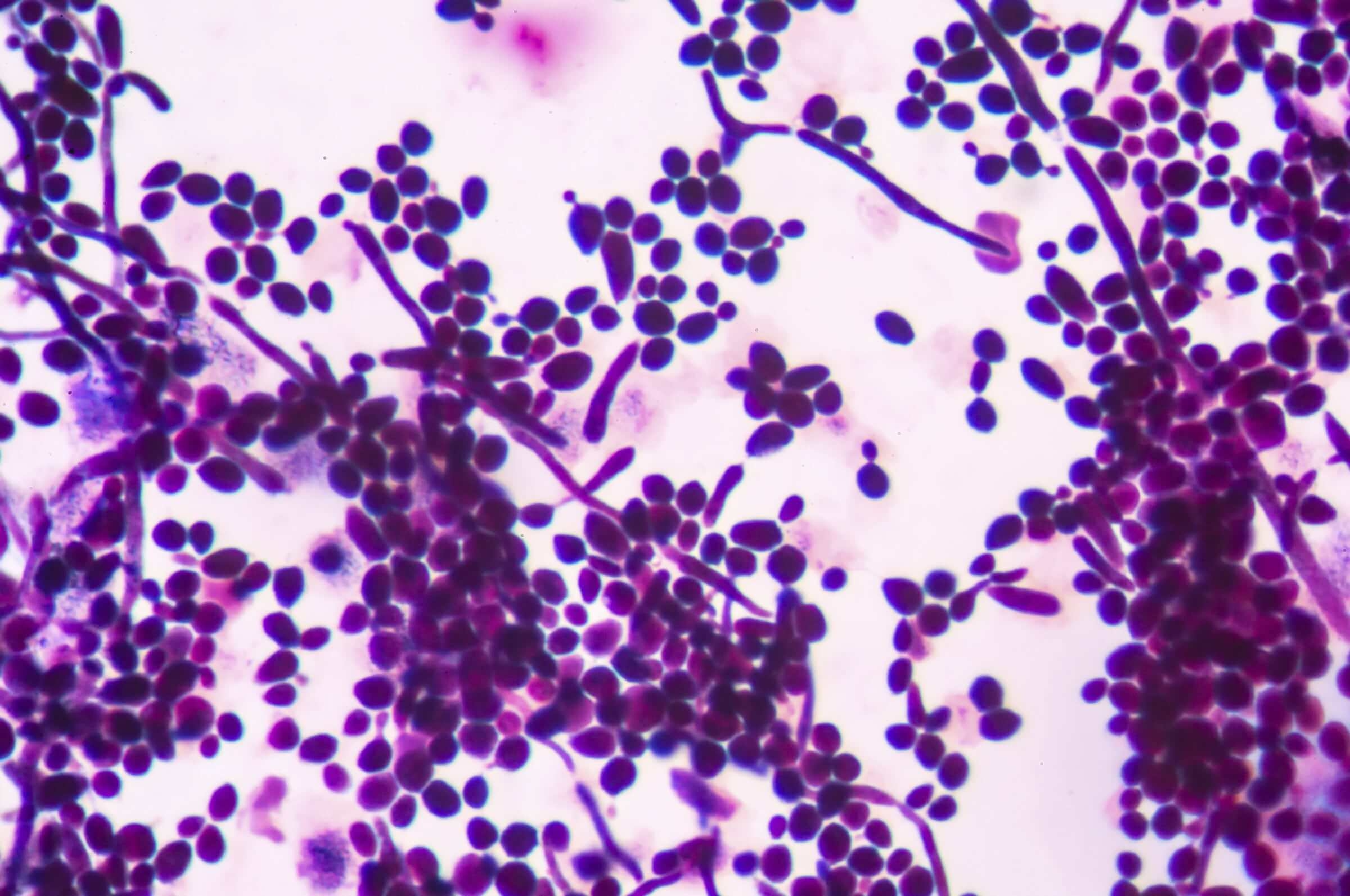 ﻿ ﻿
Written by Emily Leproust
Originally published on TechCrunch Sep 28, 2015
Synthetic biology (synbio for short) is a term that circulates freely through the tech world, but what exactly does it mean? It inspires both excitement and concern, depending on application and context. To advance uses of synthetic biology we need to promote better understanding of what these technologies mean, and how they can be used to improve the world around us in new and exciting ways.
Simply put, synthetic biology redesigns existing organisms for specific purposes. This approach is multidisciplinary, bringing together biologists, chemists, software engineers, software developers and bioinformatics specialists, among others.
The industry is relatively young, but revolutionary uses of synbio already impact our world via materials and processes that clean up the environment, improve human health, feed the world and create new industries and jobs. Synbio innovations are unquestionably high-tech, but they’re often quite simple — often using the same centuries-old process used to turn grains and yeast into beer.
The chemical industry adopted synbio early on. Carpet made with chemicals produced via bacteria rather than oil has been on the market for some time (DuPont Sorona®). Synbio production methods provide significant reductions in energy consumption and greenhouse emissions compared to traditional nylon carpet manufacturing. Many other industrial chemicals previously made from oil are now being made using synbio, including some used in tires, skateboards, Spandex, adhesives and detergents.
Modular Genetics has modified an industrial bacterium to produce a surfactant chemical used in personal-care products. The novelty of this approach is that the bacteria grow on discarded soybean hulls, rather than sugar. The end result is the recycling of carbon that might otherwise enter the atmosphere, without diverting the production of sugar to feed the bacteria. The vast savings in energy and greenhouse gas emissions promised by biologically produced chemicals are significant, and will have a tremendous impact in combatting global warming.
Synbio also offers the potential to directly reduce greenhouse gases, with several projects in development today. Ginkgo Bioworks leads a Department of Energy Advanced Research Projects Agency-Energy (DOE ARPA-e) project to engineer microbes that can capture greenhouse gas compounds such as carbon dioxide and methane and convert them to higher-value chemicals and biofuels.

The wide-ranging applications for synbio offer promising advances in many fields and industries.

Biofuels produced from plants or microorganisms can counter global warming by reducing our dependence on petroleum. The U.S. Energy Independence and Security Act of 2007 in fact mandates an enormous increase in production and usage of biofuels. Using synbio, we can start with discarded cellulose-rich materials like stems and leaves of existing crops.
Agrivida has modified plants to reduce the amount of energy and chemical processing required to make this high cellulosic material suitable for conversion to biofuels by microbes. This could enable cost-effective, high-yield production of biofuels without the use of any additional agricultural land.
Synbio offers great promise for improving human health, as well. For example, drug development can be made more cost-effective using synthetic biology methods. In 2014, Amyris introduced a version of the anti-malarial drug artemisinin made by yeast. Traditionally, the medicine has been produced by extracting it from the sweet wormwood plant — a significantly more expensive process. Amyris recently launched its µPharm™ (microPharm) discovery and production platform to provide the pharmaceutical industry with therapeutic compounds that are scarce, unavailable, or cost-prohibitive to produce via chemical methods.
One of the most pressing health concerns is the rapid rise of bacterial pathogens such as MRSA that are widely resistant to known antibiotics. Eligo Biosciences is using a unique synbio approach to solve this problem by modifying a virus that infects bacteria to target and kill only those bacteria resistant to antibiotics.
Treatment of some acute diseases requires organ transplantation. However, transplantation is often hampered by a severe shortage of donor organs and organ rejection due to incompatibility with the donor.
Surprisingly, pigs offer a promising alternative as organ donors, due to their similar anatomy and genetics. Synthetic Genomics and Lung Biotechnology are working to endow pigs with lungs and other organs that are suitable for human transplantation. They are using the tools of synthetic biology to modify the genetic makeup (genome) of the pig, removing genes that may cause organ rejection in humans and providing the pigs with “humanized“ lungs that offer better chances of success after transplant.
Food contamination can cause serious and widespread disease outbreaks. Real-time detection of contamination during food production can be challenging, however, due to the limits of technology. Sample6has used synbio to create a very rapid and selective test for Listeria, one of the more common bacterial food contaminants. The test utilizes a modified bacterial virus that infects only Listeria, causing it to glow, resulting in more rapid detection. This novel approach reduces detection time from days to hours.
Many crops critical to the food supply require repeated application of nitrogen-containing fertilizers. Fertilizer production consumes large amounts of fossil fuels, creating significant amounts of greenhouse gases as a byproduct. Also, the inability of subsistence farmers in the third world to obtain these fertilizers makes it difficult for them to produce enough food for their families due to sub-optimal soil conditions. Synbio methods can help reduce reliance on additional fertilizers.
Legume crops such as peas and soybeans have the ability to obtain their own nitrogen from specialized soil bacteria, but these crops are not grown for food in many parts of the world. Scientists funded by the ENSA(Engineering Nitrogen Symbiosis for Africa) project are attempting to insert genes into corn, wheat and rice that would give these crops the ability to “fix” nitrogen from these soil bacteria, eliminating the need for nitrogen fertilizer. If successful, this effort could greatly expand the world’s ability to feed itself.

Synbio innovations are unquestionably high-tech,
but they’re often quite simple.

Food flavorings can also be produced via synbio. For example, the vast majority of the more than 10,000 tons of vanilla flavoring produced each year is synthetic and produced primarily from oil. That’s a lot of oil being used to flavor ice cream. Evolva has modified yeast to produce vanillin that very closely mimics the flavor of the natural product, without consuming oil to make it.
Fragrances are high-value products, but they can be expensive to extract or chemically synthesize. They’re also subject to significant variation in availability, price and quality. Production of fragrances using synbio can eliminate these problems. Several synbio companies are planning to enter this marketplace, including Amyris (patchouli oil), Gingko Bioworks (rose oil) and Isobionics and Evolva (citric fragrances).
The wide-ranging applications for synbio offer promising advances in many fields and industries. The White House believes in the future of synbio, and has prepared a National Bioeconomy Blueprint that predicts broad benefits to the economy, including healthcare, agriculture and biomaterials that replace oil-based raw materials in industrial manufacturing.
With an emphasis on R&D investment, facilitated technology transfer, regulation development and reform, training programs and fostering of public-private partnerships, this blueprint charts a course for the successful implementation of the benefits of synbio, leading to a range of positive outcomes for the world as a whole.