Learn how synthetic biology is being used in providing adequate nourishment to billions of people.
Twist Bioscience
13 min read 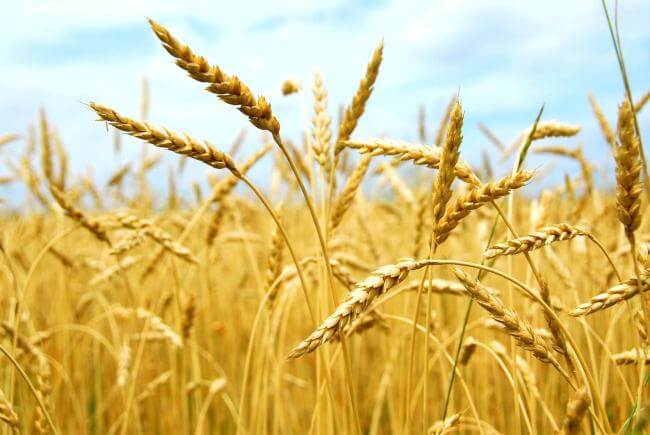 Providing adequate nourishment to billions of people is one of science’s greatest achievements. Whether through the selective breeding of new crop varieties to improve yields or through the introduction of crucial nutrients into rice and other staples, biotechnology has drastically improved the availability of basic nutrition at a global scale.

And yet, the thought of eating food designed in a laboratory makes many people uncomfortable. Imagining unnatural or dangerously unpredictable amalgamations of various genetic components makes some people hesitant to eat any food that was produced with biotechnology. Concerns about “frankenfood” are a recent phenomenon, but modifying food through selective breeding is actually a prehistoric practice that forms the basis of almost all the food we eat today.

Beginning about 10,000 years ago, early humans started modifying wild species into more nutritious, bountiful, and useful varieties by combining individual plants or animals with desirable traits. This ancient practice has continued to play a crucial role in the modern era.

In the 1940s, American agronomist Norman Borlaug bred a strain of wheat that was disease-resistant and fast-growing, yet stocky enough to support its weight without toppling over by crossbreeding two other strains. This prolific semi-dwarf wheat counteracted a debilitating famine in Asia, and saved millions of lives.

Nowadays, precision biotechnological methods have opened new possibilities in agriculture, nutrition, and other areas of the food industry. Where genes were once transferred between plant varieties using crossbreeding across generations, researchers are speeding up this gene transfer process with precise biotechnological tools like DNA recombination and CRISPR. Food produced with gene-editing techniques is held to rigorous scientific standards to ensure against any adverse environmental or health effects.

Twist Bioscience CEO, Emily Leproust, emphasizes the promise of DNA editing in the food sector: “For food security, using synthetic DNA and introducing new phenotypic traits to plants which do not occur naturally in the species, we are seeing a series of breakthroughs relating to food crops.”

Genes have been modified in crops in order to attempt to bestow specific traits including: resistance to certain pests, diseases, and  environmental conditions such as drought. These qualities can reduce spoilage and increase crop yields, or stabilize production across years punctuated by droughts. Worldwide, the amount of arable land is shrinking, while the population is increasing. Global food security is a tantamount issue and the introduction of important traits, whether achieved by cross breeding or precision molecular biology, can help as part of the solution.

Additionally, gene modification is improving the nutrient profile of crops, among them vitamin-enriched rice and corn. Moreover, with its engineering- and design-based approach to organism modification, synthetic biology can provide new ways to target specific nutritional deficiencies with high precision and efficiency, but instead of nutrients being consumed, modified bacteria can be employed to directly synthesize supplement molecules.

For instance, NASA is engineering a bacterial strain that can manufacture a crucial nutrient for astronauts during space travel missions. This nutrient, Zeaxanthin, is an antioxidant critical for eye health and is often dangerously depleted in astronauts who spend extended periods of time in space. Bacteria engineered to produce Zeaxanthin can be dehydrated and packed into tiny capsules, ready to be reanimated as needed.

Other new advances target the soil microbes that interact symbiotically with plants. In September of 2017, Bayer and Gingko Bioworks announced the formation of a new company, which will engineer new nitrogen-fixing microbes. The utilization of nitrogen-fixing microbes in agriculture, instead of nitrogen fertilizer, is projected to substantially reduce industrial agriculture’s environmental burden. Conventional nitrogen fertilization practices drive greenhouse gas emissions, and run off into water systems where they cause major imbalances in nutrient availability and lead to toxic events like algal blooms.

These examples showcase synthetic biology’s profound potential to revolutionize our food sources, not only by improving the efficiency of production and the accessibility of nutrition, but also by reducing environmental harm and setting new standards for sustainable practices.

Even long before such achievements as semi-dwarf wheat, precision gene editing, and nutrient micromanufacturing, humanity has been working with nature to meet nutritional demands of whole populations.

The original biotechnology was animal domestication. With selective breeding techniques, early humans harnessed and refined many animals’ natural qualities, transforming  wild animals into useful resources. We transformed wolves into dogs that could protect and hunt alongside us. We transformed scraggly mouflon sheep into bountiful sources of fine textiles. And we transformed slender, hardy aurochs into grazing, herdable cattle that efficiently  digest unpalatable, inedible plant matter to produce delicious, nutritious dairy and meat.

Cows have produced one of the most successful and popular byproducts of our ancestral biotechnology. Nowadays, the global cattle industry includes about 1.5 billion cows worldwide.

But docile and lovable though they are, cows may be outdated technology through the lens of synthetic biology. At the massive scale of our animal agriculture, they are a cumbersome and destructive means to attain the products that we crave. Today, cows are major contributors to greenhouse gas emissions, climate change, and environmental degradation. Moreover, animal agriculture is a major contributor to antibiotic resistance. The devastating overhead of the cattle industry includes feed production, expansive deforested grazing pastures, cows’ own methane emissions, and the circuitous global transportation webs that support the cattle industry from top to bottom.

With synthetic biology achieving great strides in other areas of the food sector, it seems natural to now ask some difficult questions: Do we still need cows? Can we even still afford cows?

When answering these questions, also consider this. Thanks to numerous research teams and companies working at the cutting edge of synthetic biology, our longstanding enjoyment of cheese and meat can still persist without cows. Remember the $300,000 lab grown burger? Its creator, Professor Mark Post of Maarstricht University, is now CSO of MosaMeat, which is aiming to bring the lab grown beef to market.

Modern Meadow follows similar procedures to create lab-grown leather, using engineered cells to manufacture sheets of collagen. This collagen is the same protein that gives skin its fibrous, flexible texture. And once the lab’s collagen sheets are pressed and tanned, they are indistinguishable from leather harvested from cows.

Several other research groups have devised methods to produce familiar dairy products. The key to their success? Engineered yeast, with synthesized genes encoding the proteins that give cow milk its taste and texture.

Perfect Day brews milk that is nearly chemically identical to cow milk using yeast engineered to secrete dairy proteins as a product of fermentation. The company plans to market the first cow-free dairy yogurt later this year. “The interest level is very high. Everyone cares about food,” said Perfect Day CEO Tim Geistlinger during a presentation at SynBioBeta SF 2017. “The fun part is the discovery and realization of just how big this could be for the market. Dairy farmers are excited to use it. The labs are excited… The exciting thing is they are discovering the dairy foods in their pure form, where you start with just the protein. They are able to make all these wonderful cheeses.”

The Real Vegan Cheese project is one such group using synthetic dairy to make cheese, following a similar engineered yeast procedure. The group even keeps their method open source and freely available.

To recreate the sensory experience of eating a burger, Impossible Foods uses a strategy similar to those at work in cow-free dairy production. The company engineers yeast to secrete heme, a protein chiefly responsible for the flavor and juicy mouthfeel of real burgers. Heme gives the Impossible Burger an edge over the concoctions of purely plant proteins that have long defined the veggie patty.

Synthetic biology is making it easier and more affordable to bypass the cow and go straight for its goods. By designing synthetic genes and engineering microorganisms to generate specific proteins, we can recreate the sensory experience of a cheeseburger + milkshake combo meal without accumulating animal agriculture’s harmful waste.

All of the principles in practice here are generalizable. One day in the near future, a diverse selection of cheeses from different species might line the shelves of shops alongside well-known cheeses from different regions. And why stop there? It would be just as feasible to invent new enhanced dairy and meat products that incorporate the desirable qualities of multiple species, or to materialize the products of animals long extinct. With synthetic biology, we can enhance the taste, nutrition, and sustainability of artisanal foods – placing science alongside artistry in our culinary culture.