In part two of our CRISPR publication highlights, we review some of the recent leaps made utilizing CRISPR technology.
Twist Bioscience
4 min read 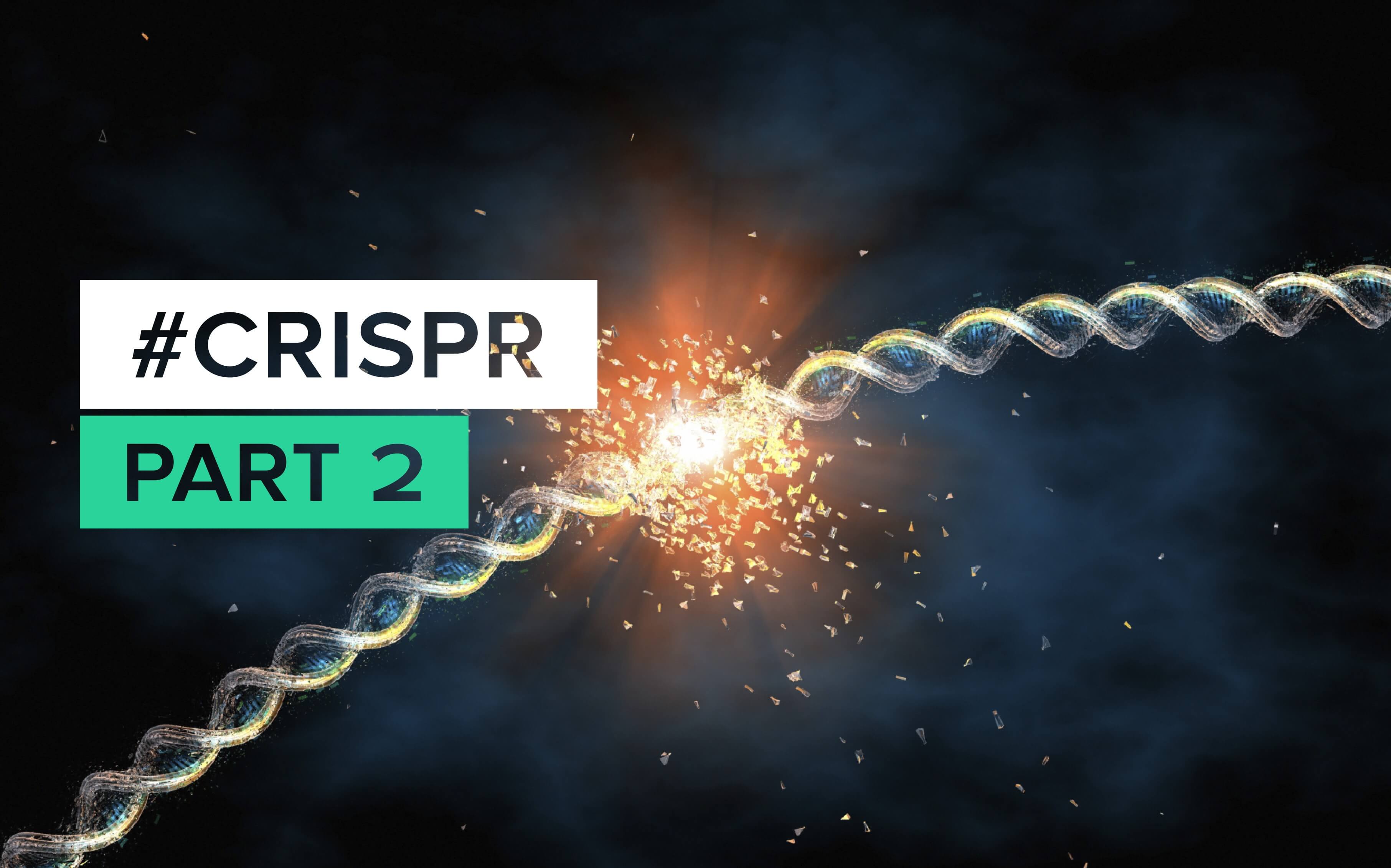 In part two of our CRISPR publication highlights, we review some of the recent leaps made utilizing CRISPR technology.
Gene Engineering is not only made possible with CRISPR; it’s six times faster!
Inui et al., 2014
Previous protocols to develop mice for genetic testing required about six months of mutagenesis and cross-breeding. With CRISPR/Cas9, this process can be shortened to four weeks!
Wait, could CRISPR target the wrong sequence?
Fu et al., 2013 and Hsu et al., 2013
Even when gRNA mismatches a few bases, Cas9 can still cut DNA. The impact of mismatched cleavage had to be fully assessed and quantified to mitigate any possible negative impact to consider future genome engineering processes.
These papers identify the infrequency with which Cas9 does fire stray bullets and importantly these papers bring the ethics debate to the forefront of the field, opening the doors for extensive discussion among those actively working in the space.
Making Cas9 worse makes Cas9 better
Kleinstiver et al., 2016
As an answer to the concerns regarding gRNA mismatch, many studies attempted to make Cas9 more specific for its target, reducing its off-target effects. The brand new research in this featured article offers an attractive solution that could be easily utilized in any CRISPR project.
Cas9 has four different domains that interact with DNA. The authors posit that this increases the binding energy of Cas9. This excess energy allows it to bind to the target sequence even if there are up to five mismatches. Kleinstiver et al. took this idea, and weakened these DNA interacting domains. This reduces the binding energy, meaning Cas9 does not cling on to the target sequence as tightly.
The effect? In order to have a high enough binding energy to produce a cut, the gRNA and the target DNA must be an exact match. High-throughput sequencing showed that this high fidelity Cas9 produced zero detectable off-target effects.
Gene drives could wipe out deadly diseases
Gantz and Bier, 2015
CRISPR/Cas9-mediated “gene drives” could allow almost every offspring of a gene driven organism to display a desired phenotype, as opposed to only half of the offspring in a non-driven organism. This occurs because each offspring inherits their own gene drive to integrate the necessary modifications. It is the gene drive that is passed onto every offspring.
There is hope that this technology could be used in wild mosquito populations to eliminate malaria, dengue fever and the Zika virus, which are responsible for thousands of deaths worldwide annually.
CRISPR/Cas9 dipped its toes into human genome editing
Liang et al., 2015 and Bosley et al., 2015
This is a paper that scientists simultaneously expected and dreaded. It is the first published example of CRISPR/Cas9 used on human germline cells. While these cells were totally non-viable to begin with, their modification led to an explosion of debate, culminating in an international summit, with over 400 international experts. The result was a refreshed mindfulness around the ethics surrounding human genome editing, as well as a respect for and excitement over the positive impact possible through this powerful technology—with a stated objective for additional multi-faceted dialogue.
‘Dead’ Cas9 makes the CRISPR/Cas9 system even more alive
Qi et al., 2013, Bickard et al. 2013 and Dominguez et al., 2015
Cas9 that is precisely targeted to a genomic region of interest can potentially offer more applications than just DNA cleavage. These two papers show that by de-activating the cleavage domains in Cas9 to make ‘dead’ Cas9 (dCas9) and fusing dCas9 with other DNA-acting proteins, the DNA-acting proteins can be precisely guided to specific genomic regions. Potential targets are proteins that facilitate chromatin re-modelling, methylation or expression activators and repressors. This could set the stage for using a patient’s own stem cells to repair physical or autoimmune damage without rejection.
CRISPR fusion proteins can accurately modify single amino acids without cutting
Komor et al., 2016
Dead Cas9 has been fused to protein called a cytidine deaminase, allowing controlled editing of single bases. Cytidine deaminase is able to turn a cytosine (C) nucleic acid to a Thymine (T). With this fusion protein, potentially any cytosine in the genome can be converted to a thymine. This is the first step in being able to precisely control genome modification, which ultimately has potential to correct point mutations that are the cause of many genetic diseases, as well as some cancers.