How Antibodies Went From Bloodstream to Mainstream: Part 1

Imagine for a moment that you’re a phagocyte. You’re a single cell circulating throughout the human...
Twist Bioscience
3 min read 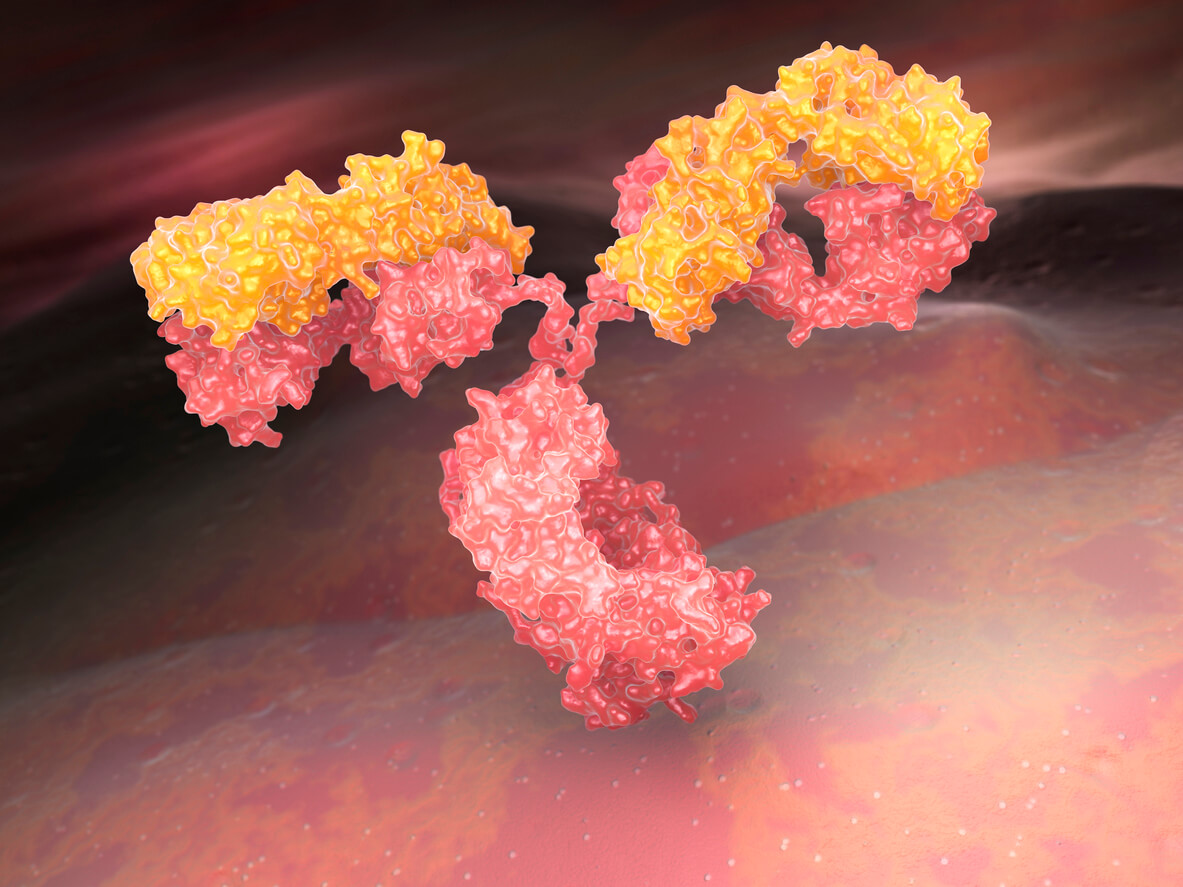 What are antibodies?
Imagine for a moment that you’re a phagocyte. You’re a single cell circulating throughout the human body, but you have an amazing ability. You can engulf foreign bodies—and even whole cells—entirely within your cytoplasm and decompose them using hydrolytic enzymes and digestive acids.
Because of your remarkable talent, the human body relies on you as a part of the immune system. You efficiently dispose of dead cells to clear space for new growth and function. You’re also a  soldier on the front lines of an interminable war against pathogens invading healthy tissues.
As a soldier you must seek out harmful bacteria, viruses, and other pathogens, engulf them, and decompose them into benign chemical components. Given that bacteria are more prevalent in our bodies than our own cells, and that a large portion of these bacteria are symbiotic with the human body, the objective to identify and neutralize only the harmful bacteria from among the cellular milieu seems daunting. Luckily, you are a soldier amongst an entire army of immune cells. Your colleagues the leukocytes (white blood cells) act as field engineers, producing tools to identify these harmful bacteria.
Those tools are called antibodies.
Antibody Structure and Function
Antibodies are large proteins with two arms connected to a body like a floppy letter Y. An antibody’s structural components are called heavy chains and light chains. Two “body” sections of the heavy chains come together like a half-closed zipper, and then the open “arm” ends each bind to a light chain so that every section of chain has a partner.
Leukocytes produce antibodies that are tuned to the molecular signatures of harmful pathogens. When a particular antibody encounters the epitope it was designed to bind, it latches on snugly. Any molecule with an epitope that an antibody can specifically bind to is called an antigen.
The attachment of an antibody to an antigen is a signal to the organism’s immune system that there is a foreign or toxic agent present. Once the antigen is bound, the antibody attracts our phagocyte soldiers like a homing beacon.
Although many antibodies have the same general structure, an extreme diversity of antibodies exists within an organism. The DNA regions encoding the antibody’s binding sites are highly mutable. The exact configurations of the tips of the arms are therefore highly variable in their amino acid sequence and structure. This non-uniformity and ongoing mutagenesis at the tips of antibodies enables the immune system to select for binders to a plethora of harmful and invasive compounds.
﻿﻿
In addition to directing phagocytes to destroy antigens, antibodies perform a range of other crucial roles in the defense against pathogens. Some antibodies glue foreign cells together into large clumps for more efficient phagocytosis, some precipitate toxic compounds out of solution, and some play a more central role in neutralizing the pathogen by directly disrupting its operations.
The range of immune roles that antibodies can perform, the ability of organisms to tolerate their abundance, and most importantly the high degrees of both functional flexibility and target specificity that are enabled by their variable binding sites all indicated to medical researchers early on that antibodies could be co-opted for use as valuable as therapeutic agents.
Part 1 of a 3 part series. To learn more about antibodies, please read part 2 and part 3.