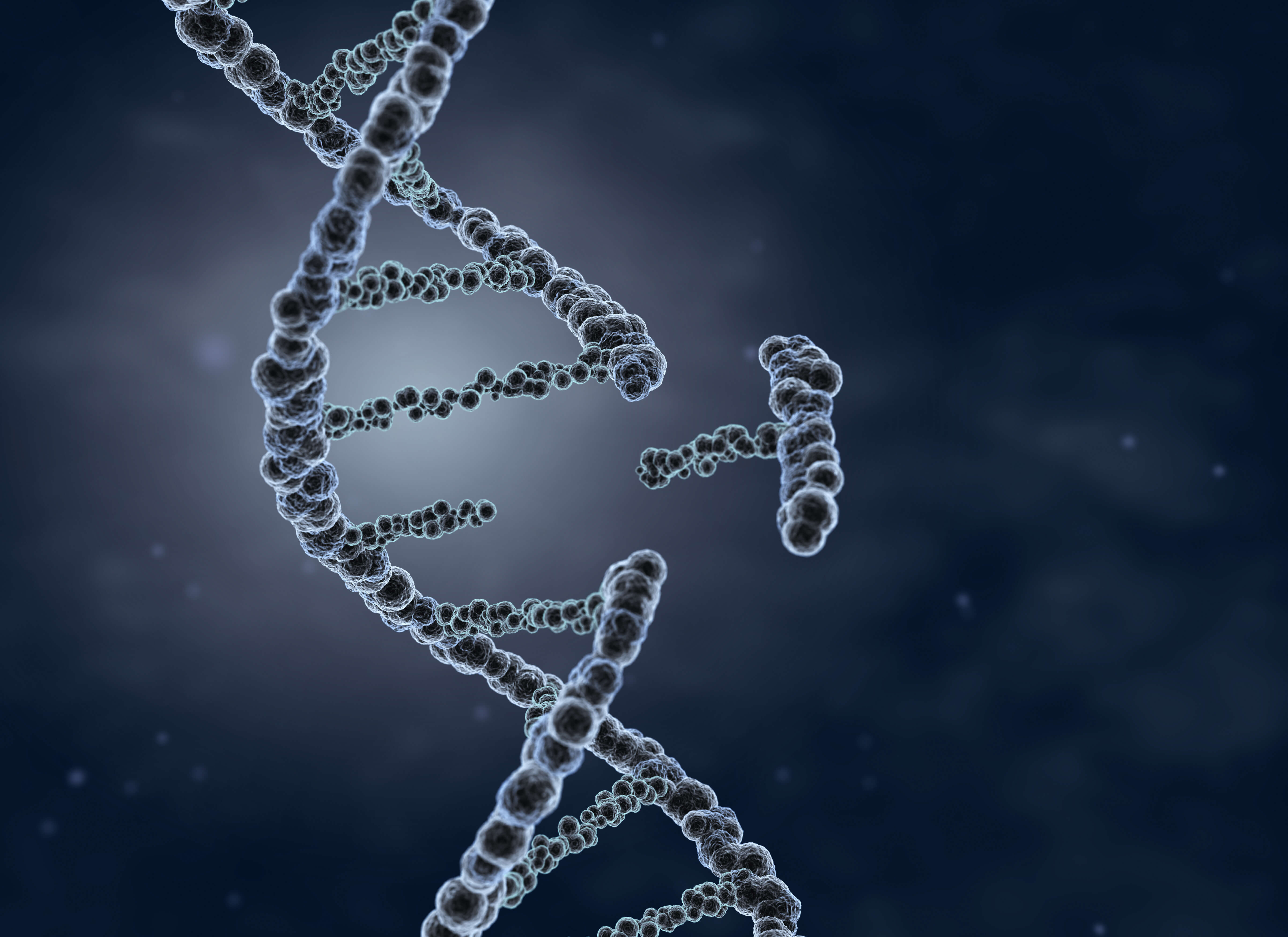 In a combined effort between pharma and academia to reveal new cancer drug targets, a massive genome-wide CRISPR screen was carried out on hundreds of cancer cell lines. The screen used oligonucleotide pools, synthesized using high-throughput silicon technology from Twist Bioscience, that encoded over 90,000 gRNAs. Cancer fitness measurements from the CRISPR screen were integrated with genomic biomarker and tractability data to rank and prioritize 600 drug targets. Published in the journal Nature, the CRISPR screen and prioritization strategy identified strong cancer drug target candidates, including the WRN helicase in tumors with microsatellite instability.

With a 90 percent failure rate of clinical trials, drug makers often choose the wrong drug targets, or fall short in drug development. Two major problems in choosing a target for drug development are a lack of data on protein function, and difficulties in prioritizing which proteins would likely be the most effective drug targets. In looking for new cancer therapies, starting with a good drug target at the beginning of the process can be seen as the most important part of drug discovery. Now that biomarker testing has become standard practice, especially when treating cancer, patients are waiting for more drugs that can target their specific aberrations. Even the newest anti-cancer drugs, such as immunotherapy checkpoint inhibitors, are only effective in about 20 percent of patients. New targets need to be identified and prioritized to fill this need.

The first step in identifying new potential cancer drug targets is typically a large-scale screen that establishes which genes in a cancer are necessary for its survival. In order to pick out the survival genes, all genes within the genome would either need to be deleted (knocked out) one by one, or the mRNA made by those genes inactivated by adding interfering RNA (knocked down). Unfortunately, neither of these methods were very reliable until recently. Genome-wide knockdown studies are not only extremely expensive, but in many cases fail to block mRNA translation. Genome-wide knockout screens are much more thorough, but until recently were virtually impossible to use because of the difficulties in genome editing. With the recent development of CRISPR technology, genome editing is now fairly simple, and genome-wide knockout screens are not only possible but have already been performed in a variety of biological studies.

The beauty of CRISPR technology is that only one protein (Cas9 - CRISPR associated protein 9) and one guide-RNA (gRNA) need to be introduced into a cell to completely knock out a gene. To knock out genes on a genome-wide scale, however, the task needs to be performed tens of thousands of times. Fortunately, instead of using brute force, researchers have developed straightforward methods that streamline the process. Cell lines that continuously express Cas9 are generated and millions of these cells are combined with pools of lentivirus that each express one of the tens of thousands of gRNAs needed to knock out the many different genes of the genome. This results in a pool of cells that each have a different gene knocked out, which can then be used in an array of gene functionality studies.

In one of the largest studies of its kind, researchers recently completed a massive genome-wide CRISPR screen on 324 cancer cell lines representing 30 different cancer types in an effort to uncover new cancer drug targets.

This work was a team effort led by researchers from The Wellcome Sanger Institute, a non-profit British genomics and genetics research institute, and Open Targets, a public-private partnership created to transform drug discovery through the systematic identification and prioritization of drug targets. The datasets produced in this new study bring the group one step closer to producing the Cancer Dependency Map, a detailed rulebook for the precision treatment of cancer.

To accomplish the genome-wide screen, oligonucleotide pools containing over 90,000 gRNAs targeting over 18,000 genes were used. Pools were synthesized by Twist Bioscience, and delivered into the hundreds of cell lines via lentivirus. Twist’s silicon-based DNA synthesis platform ensured synthesis of highly uniform pools of oligonucleotides for extreme accuracy of the experiment. Cells were then assayed to identify which genes affected the cell’s fitness (survival and replication). Results of the screen were published in the journal Nature in a paper entitled Prioritization of cancer therapeutic targets using CRISPR–Cas9 screens, revealing novel sets of genes that affected the fitness of all cancers (pan-cancer) tested or specific cancer types.

Identifying genes that affect fitness is only the first step in drug development. The team’s aim was not only to identify new potential drug targets, but also to develop a prioritization strategy to determine which genes and corresponding proteins would serve as the most likely to become effective drug targets. To do this, the researchers combined data from the CRISPR screen with genomic biomarker and tractability (which measures ability to be targeted by a small molecule or antibody) data to systematically nominate new cancer drug targets in an unbiased way.

"The principles described in this study can inform the initial stages of drug development by contributing to a new, diverse, and more effective portfolio of cancer drug targets," the authors wrote.

A computational framework was developed to score and rank potential targets that were identified in the CRISPR screen as affecting cancer fitness. Targets that were likely to be poor drug targets because of potential toxicity or that have a central function in general cell survival were excluded from the scoring. Seventy percent of the priority score was derived from CRISPR experimental evidence (the extent of fitness deficiency, gene expression and mutational status, and fitness reliance within pathway), and the remaining 30 percent based on the frequency at which the target was mutated in patients’ tumors, and evidence of an associated genetic biomarker.

"Priority targets in tractability group 1 were enriched in protein kinases, highlighting a major focus of drug development against this class of targets, compared to groups 2 and 3, which included a more functionally diverse set of targets," the team noted. "Targets in group 2 are most likely to be novel and tractable through conventional modalities and, therefore, represent good candidates for drug development."

Using this prioritization strategy, the researchers confirmed the WRN helicase, which has diverse roles in DNA repair, replication, transcription, and telomere maintenance, as a promising target in cancers with microsatellite instability (MSI). Although Ketruda, an immunotherapy approved to treat MSI cancers, is currently available, it only benefits a fraction of patients leaving a need for the development of novel therapeutics. Through xenograft experiments, the researchers were able to show that WRN is necessary for growth of colorectal cancer cells with MSI in vivo. The team’s finding is also consistent with previously published data showing a dependency on WRN in MSI cancer cell lines, giving more confidence to the prioritization strategy.

"New approaches are needed to effectively prioritize candidate therapeutic targets for cancer treatments," the authors concluded. "Confirmatory studies are necessary to further evaluate the priority targets that we identified. Even a modest improvement in drug-development success rates, and an expanded repertoire of targets, through approaches such as ours could provide benefits to patients with cancer."