Science Deep Dive: How Synthetic Nootkatone is Made

Researchers are on the hunt for alternative, universally safe repellants and insecticides.
Twist Bioscience
6 min read 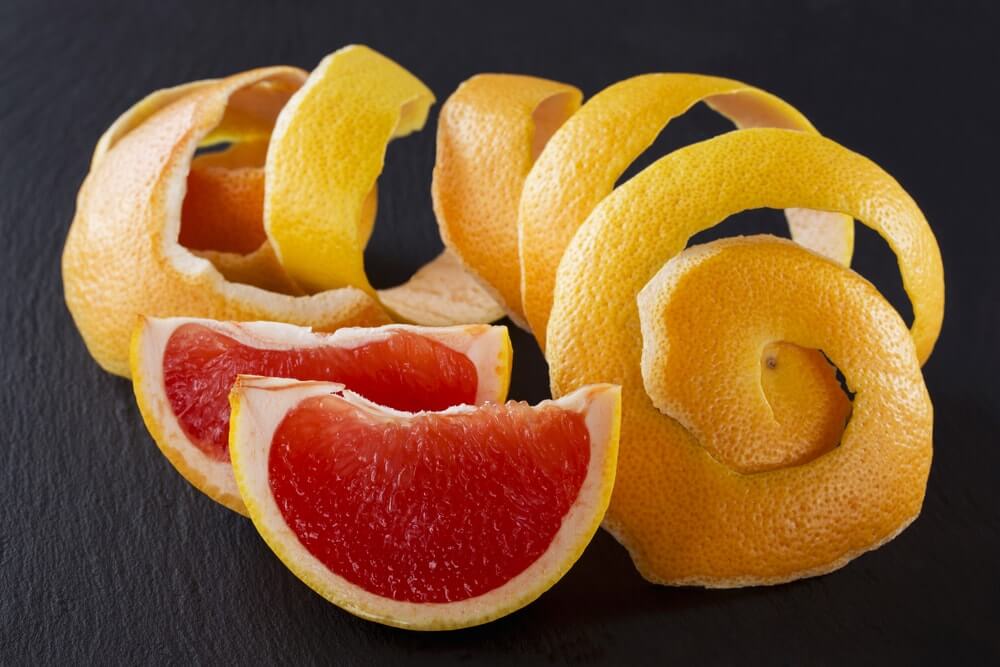 Researchers are on the hunt for alternative, universally safe repellants and insecticides. One new candidate molecule, nootkatone, could be the silver bullet, able to both repel and kill insects. Unfortunately nootkatone, which comes from grapefruit, is only present in tiny concentrations in the fruit peel. The importance of synthetically-derived nootkatone is clear.
Synthesizing nootkatone from glucose by traditional chemical synthesis is a nearly impossible feat. This is due to issues with chirality and the difficulty of optically pure synthesis. Consider that nootkatone alone has three chiral centers, as would its direct precursors.
Therefore, without a method for optically pure synthesis of a single stereoisomer at every stage of nootkatone synthesis, a mixture of eight stereoisomers would be produced, and only one of them useful. Even if optically pure synthesis was possible, the expected upfront expense in catalysts and low final volume of product makes the process development extremely difficult, and the overall chemistry industrially unviable.
This is where enzymatic chemical synthesis can take over from traditional methods, as fine chemicals like nootkatone are so difficult to synthesize from low-value starting points by any other means.
Chemicals that can be extracted from natural sources in minute quantities are perfect candidates for enzymatic synthesis, as some biological process is already synthesizing the product of interest in nature, meaning the enzymatic parts for chemical synthesis are likely to already exist. When the engineered enzymatic parts are integrated into a rapidly growing ‘bio-factory organism’ like yeast, high-value chemicals can be fermented from low-value chemicals like glucose.;
To develop a biosynthetic pathway from glucose to nootkatone, it is important to consider nootkatone’s chemical structure. It comes from a family of chemicals called the sesquiterpenes, which are variations of a C15H24 structural theme. In nature, the sesquiterpenes are almost ubiquitously formed from the same precursor molecule, Farnesyl pyrophosphate.
﻿ ﻿<
Farnesyl pyrophosphate biosynthesis is a typical step in the mevalonate pathway — an essential part of metabolism that starts with acetyl CoA. Acetyl CoA is formed from pyruvate by another part of a standard metabolic pathway called the pyruvate dehydrogenase complex. Pyruvate is formed as the last step in glycolysis, yet another metabolic pathway, this time starting with glucose. Therefore, there is a direct link from glucose to farnesyl pyrophosphate already available in the metabolism of a microorganism like yeast, ready for further conversion to nootkatone.
Going from metabolic farnesyl pyrophosphate to nootkatone in yeast requires two additional enzymes. In citrus plants, valencene synthase cyclizes the linear structure of farnesyl pyrophosphate into the citrus-scented terpene valencene.
Nootkatone is simply an oxidized form of valencene. The cytochrome p450 class of enzymes is a ubiquitous family with over 20000 members, each performing unique oxidative reactions on a wide range of biological compounds. A cytochrome p450 with specific oxidizing activity on valencene has been discovered in the Alaska cedar.
By introducing both a valencene synthase and a valencene specific cytochrome p450 enzyme to a yeast strain, nootkatone is fermented directly from glucose, as seen in the above figure.
Typically, such a proof-of-concept pathway is the first step in producing marketable biosynthetic chemicals. By undergoing many rounds of additional modification and optimization, a strain of yeast is developed with a metabolism repurposed for the synthesis of market viable volumes of fine chemicals like nootkatone.
All technical information in this deep dive has been inspired by patents EP2970934A1, US8927241, and WO2016001412A1.
Part 2 of a 2 part series – Learn how a common citrus could protect people from mosquitoes