Top Moments in Synthetic Biology in 2020

From building a sustainable future using renewable nylon to the Nobel Prize for CRISPR, 2020 was eventful for synthetic biology.
Twist Bioscience
11 min read 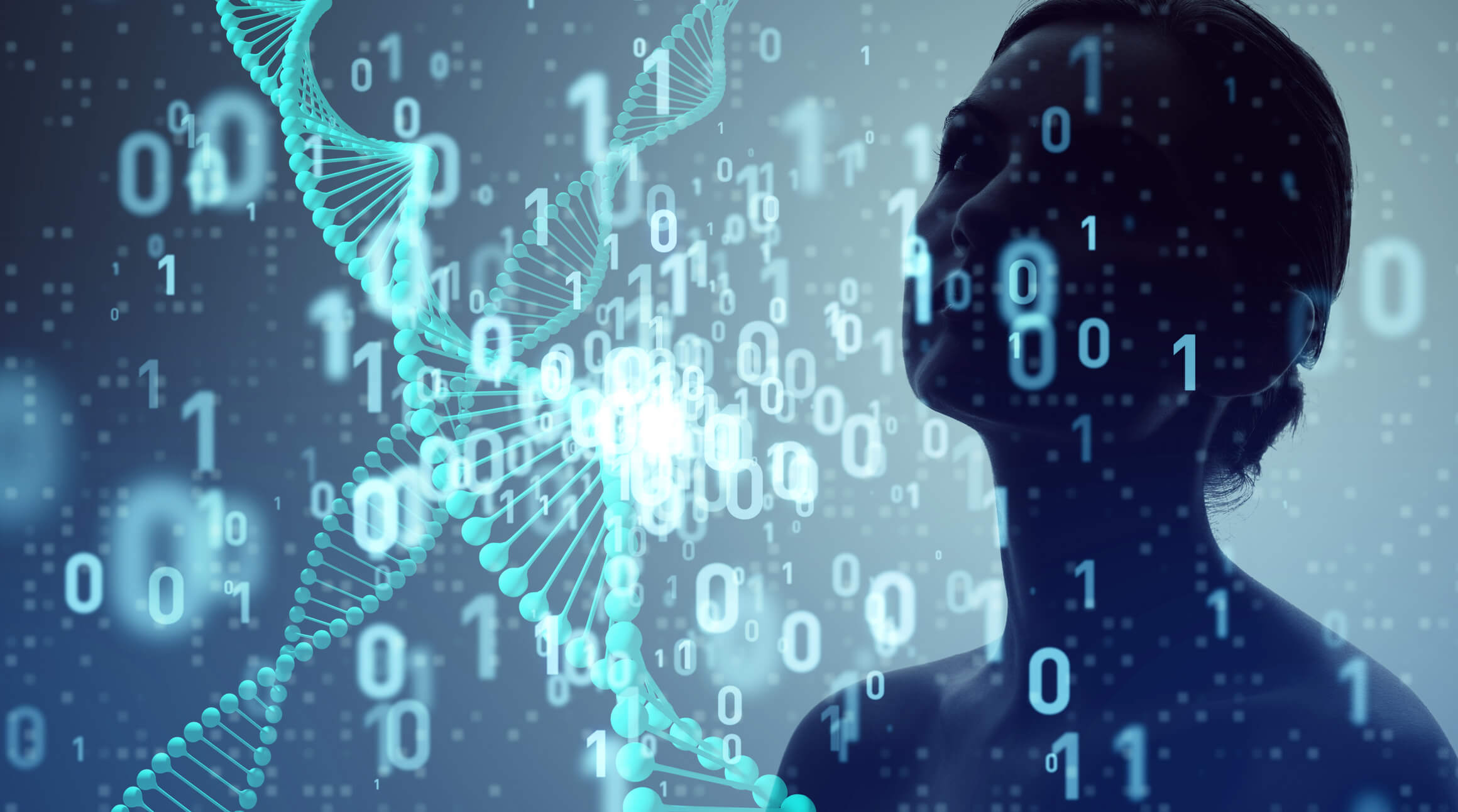 The synthetic biology field had many highlights to celebrate in 2020. The Nobel Prize in Chemistry went to Dr. Emmanuelle Charpentier and Dr. Jennifer Doudna for the discovery of CRISPR for gene editing. Artificial intelligence became the backbone of proteomics, allowing for rapid structure determination from just primary sequences, as well as controllable de novo protein synthesis. Many research groups tackled sustainability. Genomatica pushed renewable materials forward yet again with a first-of-its-kind multiyear agreement with Aquafil to produce 50 million tons of plant-based synthetic nylon that helps reduce greenhouse gas emissions. Dr. Christina Smolke’s lab reprogrammed yeast cells and turned them into plant-based drug-producing machines to create tropane alkaloids that have previously been tough to manufacture at scale. A record-breaking 48 companies raised over $11B through IPOs. While there have been many more accomplishments for the field, here are the highlights:

The Smolke Lab Reprograms Yeast with a Plant-Based Biosynthetic Pathway

Dr. Christina Smolke’s lab at Stanford University discovered a way to reprogram baker’s yeast cells to turn them into plant-based drug-producing machines. In their Nature paper, first author Prashanth Srinivasan looked at each of the organelles in the yeast cell and imagined them as parts of a factory. Using a combination of functional genomics, protein engineering, and strain optimization, Srinivasan’s integrated system recapitulates the spatial organization of the tropane alkaloid biosynthesis plant pathway.

Tropane alkaloids come from nightshade plants and are neurotransmitter inhibitors that have been used for centuries for treating neuromuscular disorders or for poisoning adversaries. Now, they are being used to maintain cardiac function during intubation related to COVID-19. Production of tropane alkaloids has been a problem because of economic and environmental reasons. With this new technology, however, these compounds can be produced at scale to help relieve supply chain shortages. Dr. Smolke has co-founded a biotech startup to license this technology and expects full-scale integration and production in two years. 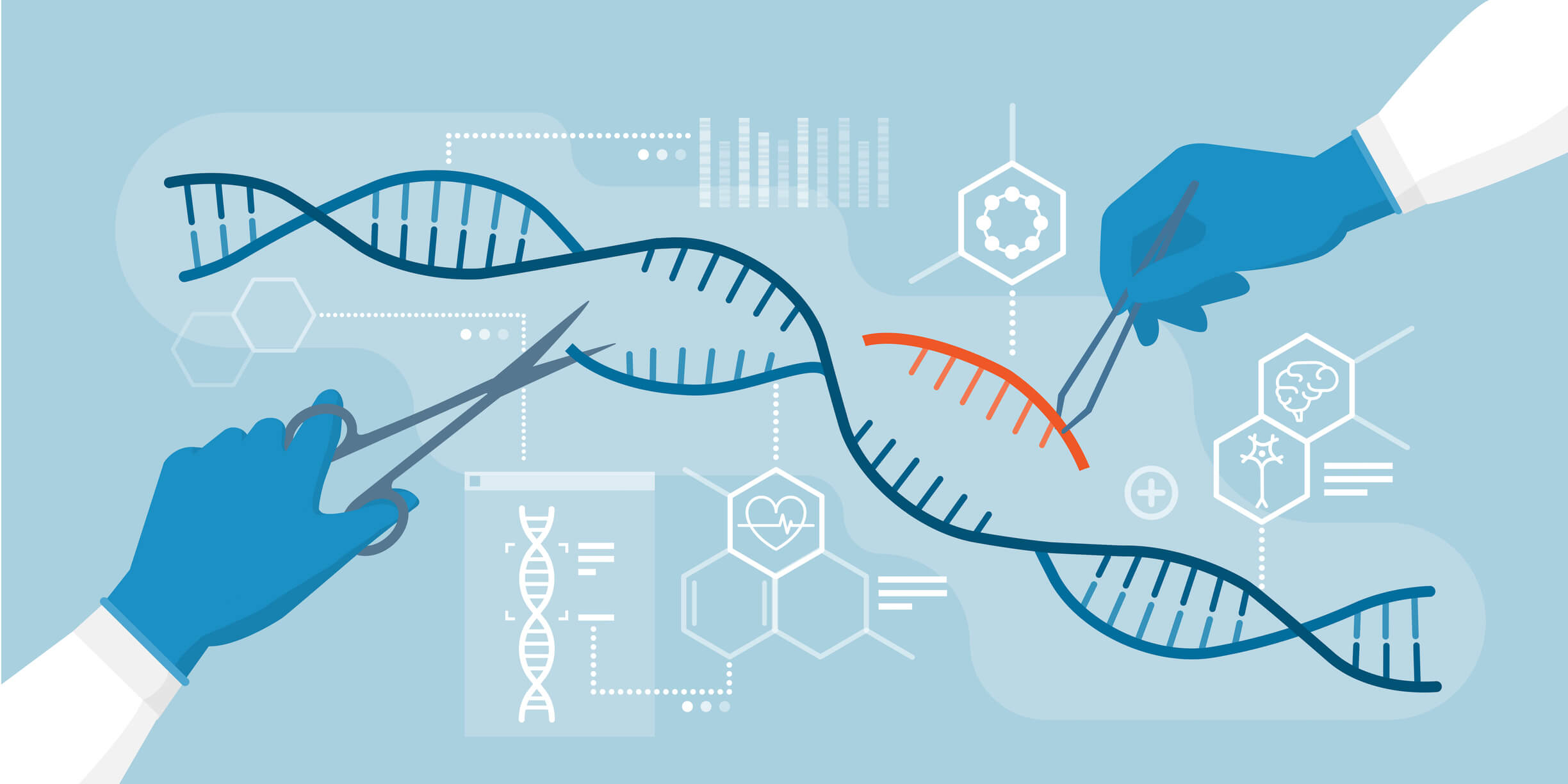 The Nobel Prize in Chemistry Goes to CRISPR Discovery

On October 7th, 2020, the Nobel Prize in Chemistry was awarded to Dr. Emmanuelle Charpentier from the Max Planck Unit for the Science of Pathogens, Berlin, Germany and Dr. Jennifer Doudna from the University of California, Berkeley, USA for the discovery of a method for genome editing: the clustered regularly interspaced short palindromic repeats (CRISPR)/Cas9 system.

In 2011, Dr. Charpentier discovered tracrRNA in Streptococcus pyogenes, a bacterial strain responsible for many human illnesses. This RNA class is part of the bacteria’s adaptive immune system consisting of CRISPR/Cas9 that cleaves and disarms viral DNA. Shortly after, Dr. Charpentier began a collaboration with Dr. Doudna and they successfully recreated these “molecular scissors” and even improved their efficiency. Although the CRISPR/Cas9 system naturally recognizes viral DNA, Dr. Charpentier’s and Dr. Doudna’s research groups reprogrammed them to target any DNA sequence. The implications of this gene editing technology are huge: researchers have used the CRISPR/Cas9 system to generate drought- and mold-resistant crops, as well as create new therapies for treating disorders. The CRISPR/Cas9 system has since been further modified by being able to direct transcriptional enhancers or repressors to a target sequence, allowing for unprecedented gene editing control.

The US Government Loans Ginkgo Bioworks $1.1B for COVID Treatment and Future Infrastructure

The biotechnology firm Ginkgo Bioworks received a $1.1B US government loan to support COVID-19 testing and the production of raw materials for therapies to address this and future pandemics. Two leading vaccines to help combat SARS-CoV-2, the virus that causes COVID-19, are mRNA vaccines developed by Pfizer/BioNTech and Moderna. Although Pfizer/BioNTech and Moderna have their own independent manufacturing plans in place, Ginkgo Bioworks can now scale up production of nucleic acids and other raw materials for any future pandemic. Ginkgo Bioworks CEO Jason Kelly says that with this money they can help build a global biosecurity infrastructure.

This breakthrough result will accelerate research into protein structure and drug discovery by potentially decades. For example, Andrei Lupas, an evolutionary biologist at the Max Planck Institute for Developmental Biology in Tübingen, Germany, has been researching the structure of a protein using X-ray diffraction for ten years. AlphaFold2 came up with the structure in 30 minutes. The accuracy of AlphaFold2’s prediction to experimental results scored a median of 92.4 on the Global Distance Test (GDT) 100-point scale, compared with other teams that hovered around 75, indicating that AlphaFold2 can predict with high accuracy. This result will revolutionize the field. Some researchers have dedicated years to this problem. Now that AlphaFold2 can do this in significantly shorter time, researchers can use structural data to focus on topics like protein evolution and drug discovery. Read more about this work in our recent blog post: Protein Predictions.

While understanding a protein’s structure can give clues as to its function, scientists would normally need to wait for evolution to give rise to new, useful proteins. But now, with Salesforce Research’s AI-based protein design generative model, ProGen, protein sequences can now be generated that are structurally and functionally viable. This new technology will expand the fields of protein engineering, synthetic biology, materials science, and others. The goal is to specify desired properties of a protein and use ProGen to accurately create a viable protein sequence.

The key thing is that these sequences are generated by the AI model – they do not exist in the data used for training. ProGen was given 280 million protein sequences and associated metadata to learn about natural proteins selected through evolution. ProGen then used that data to controllably generate unique functional proteins based on desired characteristics such as molecular function, cellular component, biological process, etc.

In their paper, the research team evaluated ProGen’s performance against proteins with known structure and function. After withholding the protein sequences from ProGen, they provided ProGen with the beginning sequence and associated “tags” such as cell proliferation, survival, migration, and differentiation, and asked ProGen to generate the rest of the sequence. Through amino acid substitutions, they evaluated the energy of predicted sequences – functional proteins prefer to have low energy. They also analyzed the energy with certain mutations to see the effects on protein structure. Again, all of this is generated de novo!

Through the end of 2020, 65 biotechs raised a total of over $13 Billion in IPO’s this year, surpassing prior year totals by more than two times. The average offering size of $196.2 million was also easily the largest in recent years. Almost all of them have ballooned in price since debuting. For example, CureVac, a partner of Eli Lilly, debuted at $16. It reached a peak of $136.27 on December 9th, 2020 and continues to trend upwards. The billions of dollars pouring into these companies gives companies options for expanding and thus driving up valuation. All without companies being forced to make deals, favoring a seller’s market.

Genomatica is a clean manufacturing leader harnessing synthetic biology to remake materials for everyday products, using plants and waste as opposed to fossil fuels. They teamed up with Novamont, a bioplastics leader, and opened the world’s first commercial plant for bio-based 1,4- butanediol (BDO), used in compostable shopping bags and coffee capsules, which halves the greenhouse gas emissions compared to petroleum. They also produced BrontideTM natural butylene glycol, used in cosmetics and other consumer care products, reducing greenhouse emissions by 51% compared to traditional manufacturing. They were recognized last year by TIME Magazine’s Best Innovations for developing a sustainable bio-nylon precursor made from plant-based sugars. They won the EPA Green Chemistry Challenge Award three times. Earlier this year, together with Aquafil, they produced the world’s first ton of 100% renewable bio-nylon-6 precursor, made from plants instead of crude oil.

Now, Genomatica has signed a multi-year agreement with Aquafil to expand this technology to build a demonstration-scale facility to produce the largest quantity of bio-nylon-6. The first production run is slated to generate 50 million tons for pre-commercial use. This will replace traditional nylon that generates more than 60 million tons of greenhouse gas emissions annually.

The synthetic biology field has had many highlights in 2020 and Twist is proud to help support these remarkable researchers at Writing the Future.  Learn more about our Synthetic Biology tools: Genes, Oligo Pools and Variant Libraries and how they might support your efforts. We can’t wait to see what 2021 will bring!