Situated on the docklands of Boston, Massachusetts in an eight-story, former naval warehouse is Ginkgo Bioworks. Self-described as “the organism company,” Ginkgo engineers highly optimized microorganism strains for clients who use the organisms to produce high-value products. Recently, Ginkgo announced the opening of its new, state-of-the-art synthetic biology foundry, Bioworks4. Commemorating the event, the company hosted a party in one of their vast warehouse halls. Twist Bioscience representatives were there to celebrate with Ginkgo, and we took the opportunity to tour the new space.

When you step into one of Ginkgo’s laboratories (which they call foundries), it’s immediately clear that extensive automation is central to their operations. In a recent article in WIRED, the company’s leaders described how their first five years of development focused on completely rethinking the laboratory. In total, more than 80 experiments were handed over to robotics. Even while we were on the tour at the party, their robots were hard at work, churning through microbiology experiments.

Ginkgo Co-Founder Tom Knight describes the company’s investment in automation as the difference between the first handbuilt cars from the 1890s, and the first mass-produced factory cars of the late 1920s. Everything in the Bioworks foundries is also movable. Robotics and lab equipment sit on trolleys, with power sockets hanging from the ceiling. Even dividing walls can be snapped out and moved. Lab spaces can be reconfigured to fit around any new project’s requirements in a day. 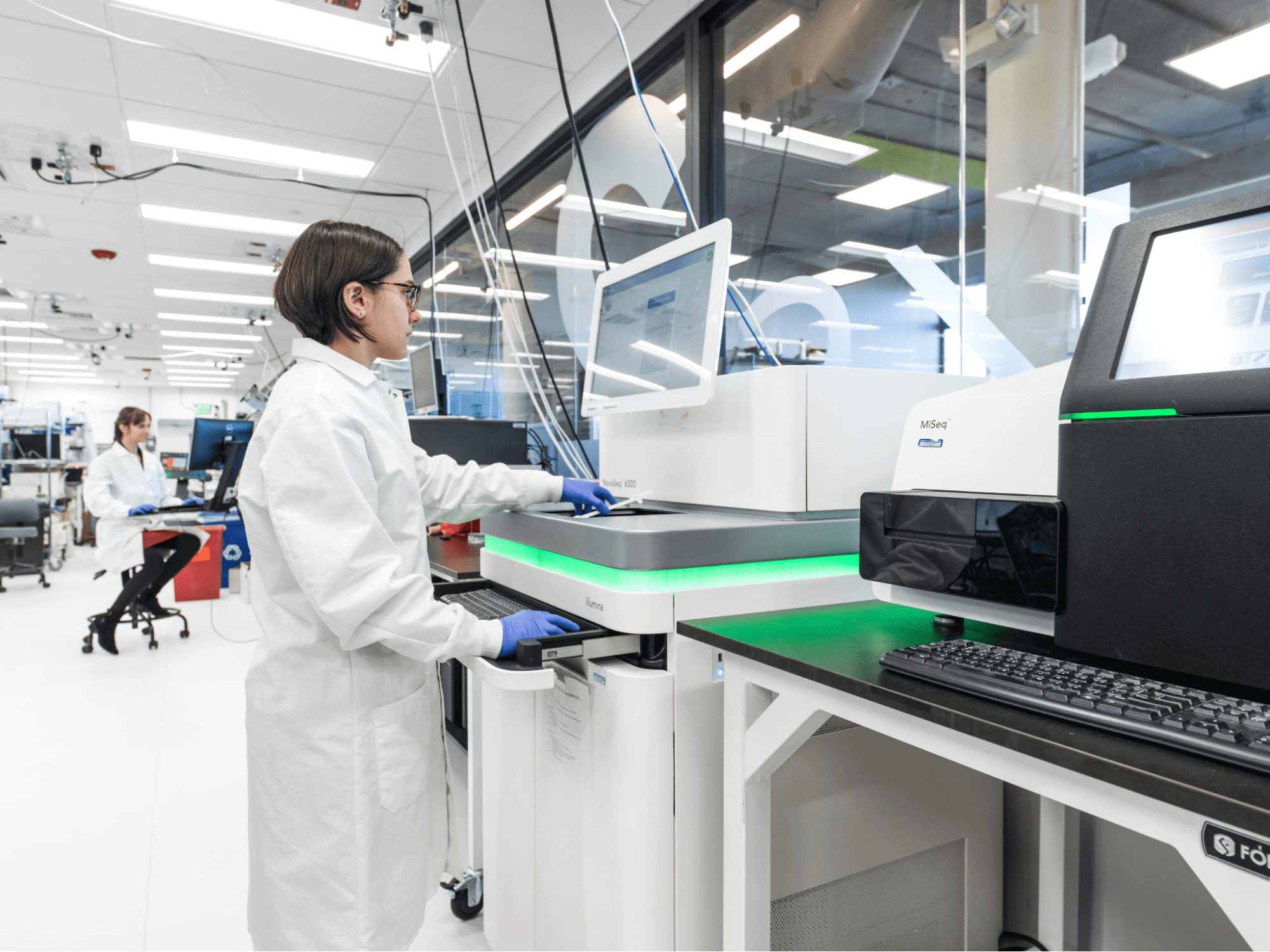 A Ginkgo Bioworks researcher is using state-of-the art equipment in one of the company’s foundries.

As for day-to-day life inside their foundries, many teams of scientists collaborate on finely focused aspects of Ginkgo’s strain engineering workflow. For example, one team utilizes some of the DNA purchased in the company’s one billion base-pair DNA supply agreement with Twist Bioscience to screen thousands of genes for beneficial properties. Another builds the strains, introducing new genes into the microorganisms and tweaking cellular conditions to ensure that the new parts function optimally. Projects make their way through the foundry with high efficiency.

Bioworks1 through 3 focus on microorganism development, like bacteria and yeast. These processes involve biocatalysts, proteins that have been evolved by organisms to perform efficient chemical reactions, driving their metabolism and survival. Biocatalysts have proved to be so efficient at chemistry that they can often be refactored to produce valuable chemical products faster, cheaper and with fewer purification requirements than traditional chemistry. Engineering a microorganism strain with a synthetic metabolic pathway utilizing biocatalysts creates billions of microfactories that work simultaneously to produce desirable, high-value products. Up until this point, it’s these microfactories that Ginkgo has focused on  specializing for their clients.

With each new biowork comes a new theme integrated into the design of the working space. Past themes include protists, organelles and trees. Bioworks4 is decked out with dinosaurs - names like “tyrannosaurus” and “pterodactyl” adorn meeting rooms and collaborative spaces. Ginkgo’s brand new Bioworks4 foundry marks the company’s first steps into high-throughput mammalian cell biology, working with clients to develop mammalian cell strains. Such cells will be used by their clients for the development of pharmaceuticals, including therapeutic antibodies. Therapeutic antibodies are already used in the treatment of numerous diseases, from chronic fatigue syndrome to rheumatoid arthritis. 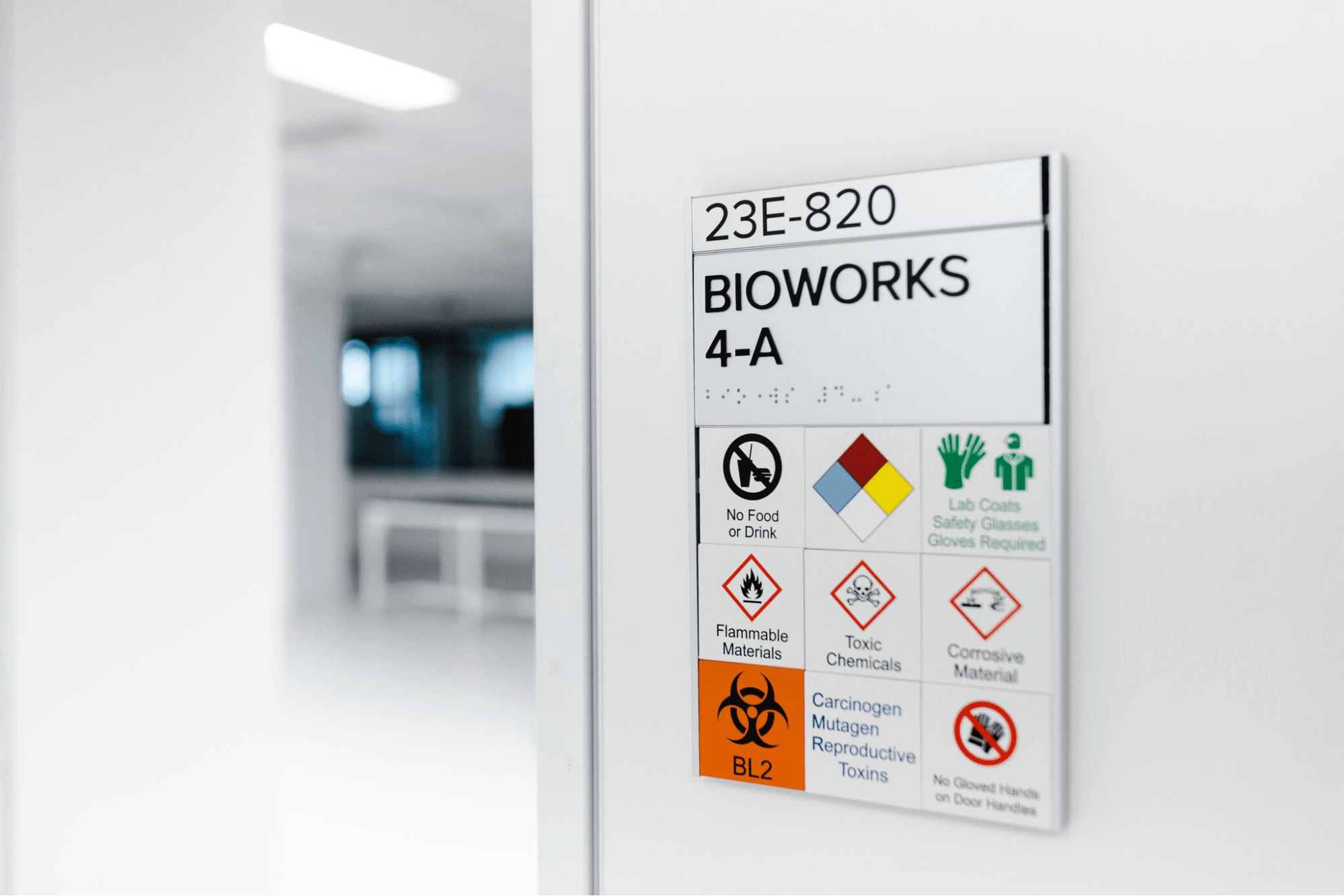 Bioworks4 is Ginkgo’s first foundry designed for the development of mammalian cell strains.

Ginkgo continues to provide biotech startups with a path to commercialization that doesn’t require heavy investment in the costly infrastructure needed to develop cell strains. In doing so, the company leads by example with their utilization of synthetic DNA. By integrating large volumes of DNA synthesized by Twist Bioscience into their automation pipelines, the company is changing the face of synthetic biology by broadening access to biotechnology in the pursuit of a better world.