How Antibodies Went From Bloodstream to Mainstream: Part 3 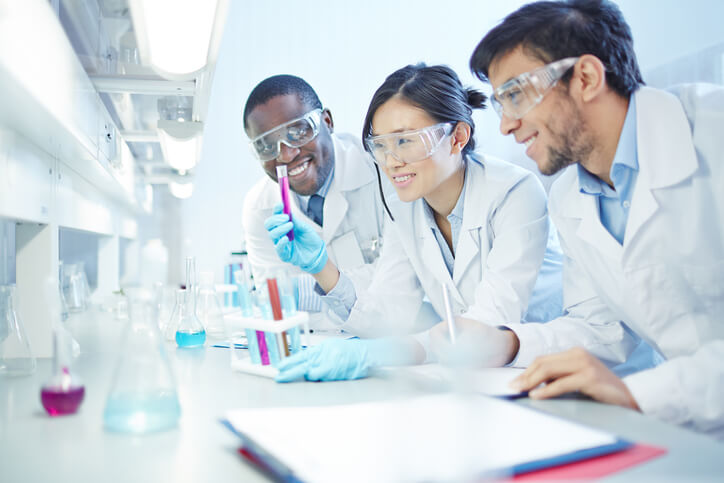 Methods to Identify New Antibody Drugs
In practical drug development scenarios, therapeutic antibody development is often driven by discovery more so than by design. It would be more efficient to produce a collection of potential therapeutic antibodies and test them all against the target to identify the specific structure that binds most effectively. It took about ten years since the invention of hybridomas before researchers were able to produce the first fully human monoclonal antibodies in a way that would provide a viable platform for drug discovery. Two methods emerged in parallel that were both suited to the development of fully human antibodies for therapeutic applications: Transgenic mice and phage display.
Producing fully human antibodies in a mouse involves two objectives: Silencing the genes responsible for the production of mouse antibodies, and splicing in genes that encode human antibody structures. Both of these can be achieved through a method called gene targeting.
Gene targeting involves editing the genome in cultured embryonic stem cells and injecting those stem cells into a living mouse embryo. Gene targeting methods can therefore be utilized to produce two mice—one mouse with silenced mouse antibodies and one mouse expressing human antibodies. Breeding these two mice results in transgenic offspring that satisfy both of the genetic requirements to produce fully human antibodies for therapeutic development.
In the fully grown transgenic mouse the normal biological mechanisms of antibody production and diversification engage, and the animal is able to produce a diverse collection of fully human antibodies that can be extracted and screened for affinity against a target antigen.
Phage display is a technique to efficiently discover antibodies in vitro that have affinity for a target antigen. When a pool of antibodies have been identified as potential binders for a target, the affinity of those antibodies can be assessed by splicing the genes encoding each of antibody variant into the genome of its own bacteriophage—for example the T4 bacteriophage—at a region of the DNA that produces the bacteriophage’s protein coat.
﻿ ﻿
The resulting phages each express a unique antibody on their exterior. The target antigen is then introduced into the pool of phages, binding only the phages expressing the antibodies with affinity for the target. In this way, genes encoding highly specific antibodies can be identified.
Transgenic mice and phage display methods took therapeutic antibodies mainstream, supporting the development of the majority of the antibodies that are on the market today. Refinements to the technologies made therapeutic antibody production more effective. For example the phage display concept was implemented in yeast, which made protein folding far more efficient. But there is still room for improvement in the techniques, including in their timeliness and high cost. Researchers are anticipating further refinement of new technologies that will accelerate the process of therapeutic antibody engineering.
One of these emergent technologies is mammalian display, which is similar in principle to phage and yeast display. The difference is that antibodies are expressed on the surfaces of mammalian cells instead of bacteriophages or yeast cells.
Using mammalian cells for display is preferable to using phages or microbial cells primarily because the production and behavior of antibodies in mammalian cells is more relevant to the overarching motivation to create antibodies for use in humans. It’s also labor intensive to produce antibodies with phage or microbial display and then optimize them for therapeutic use in humans—a step skipped when maturing from mammalian cells.
Future of Antibody of Antibody-Based Therapeutics
Antibody engineering using current synthetic biology approaches allows researchers to generate much larger and more complex antibody variant libraries for use in screening assays. We are no longer limited by the combinations of amino acids that are generated by immunized animals. For example, the variant libraries synthesized by Twist Bioscience enable generation of screening libraries containing essentially all combinations of amino acids in the variable regions of the antibody.
Monoclonal antibodies are increasingly abundant on the market and in the clinical pipeline— as evidenced by the many new drugs with names ending in “–mab”. Two antibodies,  Rituximab and Vedolizumab demonstrate the therapeutic potential of these molecules, and exemplify the medical field’s need for their unique qualities.
﻿ ﻿
Rituximab is highly specific for a protein expressed on aberrant B cells, and can improve symptoms of cancers like lymphoma and leukemia, or autoimmune diseases like rheumatoid arthritis. The WHO includes Rituximab on its list of essential medicines.
Vedolizumab may soon be equally essential. Initially developed to treat ulcerative colitis and Crohn’s disease, Vedolizumab recently demonstrated groundbreaking effectiveness in monkey HIV treatment, and this line of research is currently being extended into humans.
These two currently marketed drugs are high profile antibody success stories, but they represent just the tip of the iceberg when it comes to benefits that can be achieved with engineered antibodies in the medical mainstream.